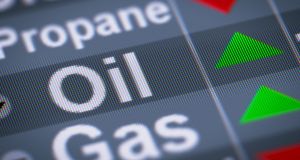 Oil prices fell during the summer.

A rogue trader at Mitsubishi in Singapore has lost $320 million (€289 million) through failed bets on the oil price in a case reminiscent of the scandal that brought down Barings Bank.

Japan’s biggest trading house said that one of its employees had been taking unauthorised derivatives positions since January and suffered huge losses when the oil price fell in the summer.

The case highlights the enduring risk that rogue traders pose to big financial institutions, with the so-far unnamed Mitsubishi employee set to join a list that includes Jérôme Kerviel at Société Générale and Nick Leeson at Barings.

Mitsubishi made a net profit of more than $5 billion last year so the trading loss is more of an embarrassment than a threat to its financial stability. The company said it has closed out all the trades in question.

The rogue trader was in charge of crude oil transactions with China at a Mitsubishi subsidiary called Petro-Diamond Singapore. According to the company, the employee repeatedly carried out unauthorised trades and disguised them to look like hedges for transactions with customers.

“Because the employee was manipulating data in PDS’s risk-management system, the derivatives transactions appeared to be associated with actual transactions with PDS’s customers,” said Mitsubishi.

The company began to investigate the employee’s transactions when he was absent from work in the middle of August and discovered the unauthorised trades. Mitsubishi said it has sacked the employee and reported him to the police. – Copyright The Financial Times Limited 2019