Eight years in the making, gaps in the central credit register question its usefulness 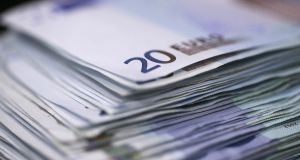 It’s been some eight years in gestation, and yet the new central credit register is still not considered fit for purpose.

Launched yesterday, the register will keep a record of loans of €500 or more, and compel lenders to check the register when lending sums of €2,000 or more.

However, it has already been criticised for its many gaps, as a legislative lacuna means that much of the information needed to build a strong and creditable register is still missing.

If, for example, you buy a washing machine or a television on hire purchase, this data won’t be collected by the Central Bank. Nor will information related to the purchase of a new car, if it has been financed via a hire purchase or personal contract plan (PCP). Given the size of this market – about €800 million in 2016 according to the Competition and Consumer Protection Commission – it’s a not an insignificant omission.

And it’s not the only one.

People who have been made bankrupt, or agreed a debt deal such as a personal insolvency arrangement or a debt settlement arrangement through the Insolvency Service of Ireland won’t be listed as such on the register.

Neither will court debt judgments, tax defaulters, or those who have fallen behind on their tax bills or who have failed to pay their property tax bill with the Revenue Commissioners.

And if you’ve failed to pay your gas bill, or your rent, or defaulted on a mobile phone contract, this information won’t be disclosed either.

It means that the register will be of limited use – at least until the car finance gap is resolved. It also puts it less in line with the model of centralised credit registers first mooted as something to emulate all those years ago.

In the UK for example, credit reports include information on court judgments, bankruptcies or insolvencies, while, in the US, your credit score is also dependent on your bill-payment history. If you fall behind on your electricity, or your rent, prospective lenders will be aware of this.

But perhaps focusing on these aspects is to fail to understand why we have the register in the first place.

The new register is being driven by supervisory needs – not necessarily by the need to provide banks with information which can inform their lending decisions, or to serve consumers.

Back in 2010, the Regling/Watson report into the sources of Ireland’s banking crisis called for a centralised credit register, arguing that the benefits would be several. Yes, it would ensure that consumers with a positive credit history could benefit from their track record – the Irish Credit Bureau (ICB) has been criticised in the past for not keeping track of all loans – but its role would be much greater than meeting the needs of consumers. Or even of the lending institutions that will query it for credit histories.

At its heart, the new credit register is about better supervising financial institutions. Having identified the failures last time around, the Regling/Watson report wanted the Central Bank to be able to see the level of exposure each individual lending institution had, to what and to whom. At the time, there simply was not a full picture of the indebtedness of the biggest borrowers across all of their banks.

“Though not a panacea,” the Regling/Watson report argued, such a register would reveal the exposures of large borrowers across the financial system and their concentrations in individual institutions.

With this in mind, the government of the day set about developing a register that would fulfil this need, and decided that the Central Bank should oversee it.

Now it’s here, but whether it will meet the needs of all parties, including the banks, remains a question. After all, they’re already invested in the ICB, which is owned by them and by other financial institution members such as some credit unions. And there is no indication this will stop operating just because the new register is up and running.

Banks have been used to getting information through this source, and have adapted their systems to the data produced by the ICB, which includes a score which helps speed up the interpretation of the data for the banks.

In the drive towards quick, online lending – AIB, for example, promises a three-hour loan decision – this has helped them automate their lending processes.

And, while banks will be obliged, under the new regulations, to query the Central Bank’s register, what they’re not obliged to do is to use the reports produced. There is also the question of the gap in data, such as car finance, which means lenders are likely to continue to query the ICB’s register.

Bank of Ireland says it will use both registers, “until such time as the CCR [central credit register] contains all requisite consumer financial commitment data to ensure a complete financial assessment”.

In the end, it is a most Irish solution. To address the weakness of an existing credit register, we have now designed and imposed a new register with possibly even more gaps. As it stands, the two are likely to co-exist for quite some time. Whether that serves lenders, or borrowers, remains to be seen.