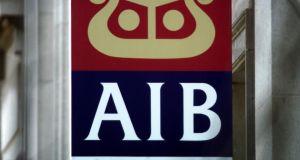 AIB is looking to acquire further wealth management assets as the industry prepares for a wave of consolidation. Photograph: Paul McErlane

AIB, which is in advanced talks to buy investment and stockbroking firm Investec Ireland, is understood to be planning to use the deal as a launchpad to acquire further wealth management assets as the industry prepares for a wave of consolidation in the coming years.

The Investec Group, founded in South Africa but headquartered in London, has been being advised by London-Fenchurch Advisory Partners as it received a number of inquiries about the Irish business in recent months, according to sources.

The number of inquiries around Investec Ireland spiked after The Irish Times reported on February 2nd that AIB was in early discussions to buy the business, they said.

The planned sale of Investec Ireland – which is reportedly set to fetch between €50 million and €70 million – comes less than 16 months after the Johannesburg-based chief executive of the group, Stephen Koseff, said that he was on the lookout for more deals in Ireland, as the unit, which bought NCB Stockbrokers in 2012, needed further scale in its Irish wealth an investment management businesses.

However, a sale of Investec Ireland to a regulated bank in the EU would help it get around challenges posed by Brexit to the business. While the company’s Irish wealth management and investment business, Investec Capital and Investments (Ireland), is regulated by the Central Bank in Dublin, the banking unit, Investec Bank plc (Irish Branch), is authorised in the UK, where its immediate parent is based.

Spokesmen for AIB and Investec Ireland declined to comment.

Elsewhere in the sector, management at Goodbody Stockbrokers and the firm’s majority owner, Fexco, are in advanced talks to sell the business to Chinese state-owned Zhong Ze Culture Investment Holdings, a subsidiary of the Aviation Industry Corporation of China.

AIB exited stockbroking at the height of the financial crisis 2011 with the sale of Goodbody to Fexco and management and staff in a deal worth €24 million. Goodbody is expected to achieve €150 million, including cash it is set to receive as a result of the imminent sale of the Irish Stock Exchange, in which the securities firm is a shareholder.

Management and staff, led by Goodbody’s managing director, Roy Barrett, have more than doubled their holding to 49 per cent since the takeover on the back of meeting financial targets set at the outset of the deal.

AIB would boost its non-interest income and diversify its profits by acquiring Investec Ireland. Industry sources expect a number of smaller wealth and investment firms to come on the market in the coming years as they grapple with rising regulatory and compliance costs. It is understood that AIB aims to use a successful Investec Ireland deal as a base for further bolt-on acquisitions.