Goldman Sachs and UBS back women in finance initiative 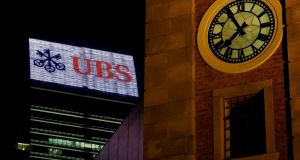 The inclusion of Goldman and UBS comes after the two groups were criticised by Nicky Morgan, the chair of the Commons treasury select committee, for slow progress on the issue. Photograph: Reuters

Goldman Sachs and UBS are among the latest companies to back a government initiative to boost the number of senior women in the UK’s financial services sector, but JPMorgan has yet to join them despite being singled out for criticism by MPs.

More than 200 companies have signed the Women in Finance Charter, the UK Treasury said on Friday. The charter, which was launched in 2016, calls on companies to commit to targets for promoting women, and to publish their progress towards them.

Theresa May, UK prime minister, said: “This is an important step forward, not just because this is about fairness, or simply about giving women an equal opportunity to get on, but because our workplaces are greatly enriched by different approaches.”

The inclusion of Goldman and UBS comes after the two groups were criticised by Nicky Morgan, the chair of the Commons treasury select committee, for their slow progress in backing the initiative last month.

However, JPMorgan - which was also criticised by Ms Morgan - did not join the scheme, leaving it as the only major international investment bank not to sign up.

Ms Morgan said in February that “if they don’t intend to do so, the Treasury committee wants them to explain why”.

JPMorgan declined to comment but a person familiar with the bank’s plans said it had indicated its intention to sign the charter. The person did not explain why the bank was not included in Friday’s announcement.

The Women in Finance initiative was introduced after a review found that women remained severely under represented in senior roles in the City of London, despite increasing acknowledgment of the benefits of more diverse management teams.

Financial services companies have come under further pressure as new figures reveal the extent to which women in the sector are paid less than men. HSBC on Thursday revealed that the median pay for women in its UK workforce was 29 per cent lower than for men.

HSBC’s mean pay gap of 59 per cent was the largest of any banks yet to report data, though this measure is more skewed by extremely high or low figures. The median gap was smaller than comparable figures for Royal Bank of Scotland, Lloyds and Santander.

Goldman Sachs International pays its female staff in the UK average bonuses of less than of a third of those paid to its men.

Increasing the number of women in senior roles - a key target of the Treasury’s initiative - is generally regarded as the best way to close the gender pay gap.

The Treasury said on Friday that, of the 68 original charter signatories, 28 per cent have met their targets for female representation in senior management, and 57 per cent are on track to meet their targets.

However, more than a fifth of the companies saw the proportion of women in senior management decline.

All UK employers with at least 250 staff must publish the difference between what they pay their female and male employees by the beginning of next month. Goldman Sachs is expected to report its figures next week.