Asset disposals may mean IFG can no longer keep up 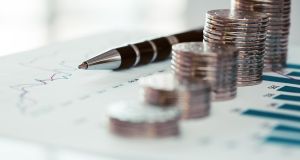 IFG’s disposals have left it in a net cash position of £24.6 million, but a large part could be wiped out as a result of an investigation by the UK’s revenue and customs. Photograph: iStock

Chipping away at the core parts of a business over time can often go unnoticed until issues emerge down the line. For the most part, shareholders accept what their management team are up to. But when there’s little left of a business, it’s easy to see how dismay could set in.

Financial services group IFG said on Wednesday that it was planning the sale of one of its two remaining businesses, Saunderson House. It marks further shrinkage of the group that used to have operations in mainland Europe and Ireland.

The latest proposed disposal will leave it just with James Hay, acquired in 2010, if the Saunderson House sale goes ahead.

So what next for the group that recorded a profit before tax of £10.1 million (€11.6 million) in 2011 which turned into a loss before tax of £400,000 in 2017? The disposals have left it in a net cash position of £24.6 million, but the expectation is that a large part of that could be wiped out as a result of an investigation by the UK’s HM revenue and customs.

Additionally, it has to hold between £10 and £15 million to run the business as well as £6.6 million for regulatory reasons. In a worst-case scenario that leaves it with £3 million to settle with the revenue. It would seem it is unlikely to accept that amount considering IFG believes the potential maximum exposure from the HMRC investigation is £20 million.

While the cut to the dividend may help with cash flow, the sale of Saunderson House – considered to be the gem of the business – will likely be more of a formal requirement than a good business decision. What will be left after that is unclear, but the sector James Hay is in is consolidating and a player of IFG’s size may not be able to keep up.