As tax advantage fades, State must play other winning cards 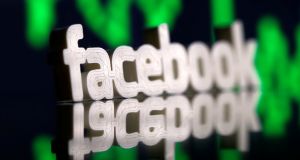 Last December, Facebook announced it would no longer book all non-US revenues in the Republic. Meanwhile US tax reforms are changing the way American companies are taxed on their worldwide earnings. Photograph: Dado Ruvic

Ireland has said for some years now that our attraction for overseas investors is based on much more than our 12.5 per cent tax rate. This theory looks like it is about to be put to the test. The combination of the recent US corporate tax reforms and tax changes likely to come in Europe look set to weaken significantly the tax advantages for American firms of locating here.

After years when not a lot happened on the international tax front, a lot of things are now happening all at once. The tax plan put forward on Wednesday by the European Commission may or may not fly in its current form. But whatever way that one plays out, the political momentum for reform is now unstoppable.

Already the companies themselves are reacting to this new agenda. Last December, for example, Facebook announced it would no longer book all non-US revenues in the Republic. Meanwhile US tax reforms are changing the way American companies are taxed on their worldwide earnings and pressure is rising for companies to pay more tax in big markets in Europe – meaning less in Ireland. The tax factor, which has driven US companies out of America to serve international markets and made the Republic such an attractive base is changing fundamentally.

The State, of course, has other cards to play. We have a stock of existing US companies and for many expanding here will thus remain a logical choice. The presence of these companies means there is an experienced workforce. And post-Brexit, the Republic will be the only English-speaking country with direct access to EU markets.

The ecosystem of existing players with significant bases here remains a powerful factor in the Republic’s favour. But the extent of change now under way is bound to lead to some turbulence in investment trends – and possibly our corporate taxes – over the next few years.

It makes it all the more vital that the Government gets the other parts of the equation correct, making progress on the housing shortage, for example, which has emerged as a key problem for investors, and addressing our other infrastructural weaknesses. There is a way to go in the tax reforms, but the direction of travel is clear and it would be crazy to plan on any other basis.