Cantillon: Innovation must be based on facts, not pipe dreams that mislead investors 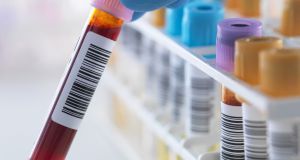 Theranos founder Elizabeth Holmes and former president Sunny Balwani were hit by fines from the SEC for “massive fraud”.

If ever there was a cautionary tale for start-ups, Theranos is it. A former darling of the health technology industry, the company saw its fortunes plummet after it emerged it couldn’t make good on its claims.

The company promised to revolutionise blood testing, developing machines that could run thousands of tests from a single drop of blood, and it raised hundreds of millions of investment dollars based on that promise.

The machines were a closely guarded secret. But once Theranos had fully developed and commercialised its offering, the medical industry would reap the benefits. Or so the story went. In reality, Theranos’s machines could only do a fraction of the tests; the rest were being carried out on third-party machines that had been modified.

The problem was that all this was being hidden from investors. Until a thread was pulled, and suddenly everything was exposed.

This week, founder Elizabeth Holmes and former president Sunny Balwani were hit by fines from the SEC for “massive fraud”. In its ruling, the SEC warned “innovators who seek to revolutionise and disrupt an industry must tell investors the truth about what their technology can do today, not just what they hope it might do someday”.

Theranos is now trying to rebuild, without its founder.

Disruption. Move fast and break things. Fail fast, Fail better. Silicon Valley mantras that have been adopted and held up as models for business. The startup world is littered with corpses of companies that had great ideas but couldn’t make them work. Then there are the ones that were probably never a great idea, but got funding anyway, before burning through the cash pile with nothing to show for it. While it’s easy to weed out obviously outlandish business ideas with zero chance of success at an early stage, money is needed to test the water on others.

The Theranos car crash should be a cautionary tale for start-ups in general. We want to support small businesses, encourage new ideas, root for the underdog, believe in potential. But we should be doing it with a critical eye that weeds out inconsistencies and calls out unrealistic claims, even when they are shrouded in the mystery of innovation.

We need to ask better questions of start-ups – in fact, businesses in general – before blindly trusting that companies will tell us the truth behind the slick marketing and aspirations.