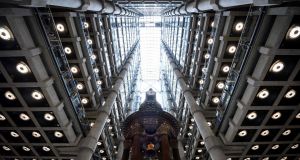 Underwriters at Lloyd’s of London faced claims for hurricanes in Florida and the Caribbean, earthquakes in Mexico and wildfires in California.

Lloyd’s of London has reported its first loss in six years as a series of natural catastrophes took their toll on the insurance market.

The underwriters at Lloyd’s faced claims for hurricanes in Florida and the Caribbean, earthquakes in Mexico and wildfires in California in what chief executive Inga Beale called “the costliest year for a decade for natural catastrophes”.

Ms Beale said: “We were serving our purpose by paying out,” and added that the size of the claims was in line with Lloyd’s market share in the affected areas.

However, some parts of the market unaffected by catastrophes also struggled. Motor, for example, produced a £188 million loss which Ms Beale put down to underpricing. The aviation market also stumbled, losing £11 million.

Ms Beale said that Lloyd’s was taking action to improve underperforming lines of business, asking some of its syndicates to cut their exposure to those lines.

Overall, Lloyd’s said its combined ratio – a measure of claims and costs as a proportion of premiums – worsened from 98 per cent in 2016 to 114 per cent last year.

That was partly offset by an improvement in the investment return from £1.3 billion to £1.8 billion. – Copyright The Financial Times Limited 2018