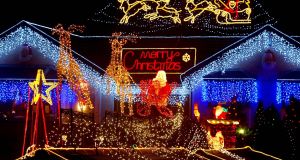 PrePayPower is rolling out smart electricity meters which, when twinned with an upgraded app, can be topped up directly from a smartphone.

Pay-as-you-go electricity provider PrePayPower (PPP), which is controlled by tech investor Andrew Collins and private equiteer Ulric Kenny, is on course for growth of about 12 per cent in 2016.

Accounts provided to The Irish Times also show that the company, which has signed up 117,000 customers, boosted sales in 2015 by 17 per cent to €91.6 million. PPP more than doubled operating profits last year to €7.8 million.

The company, which instals prepay electricity meters in customer’s homes, says it now has about 6 per cent of the domestic electricity market, where it is the biggest supplier.

PPP recently also received regulatory approval to enter the domestic gas market, although it expects growth in this sector to be modest due to technical obstacles to the installation of prepay gas meters.

The company’s chief executive, Cathal Fay, said PPP is in discussions with Gas Networks Ireland, which controls all domestic gas infrastructure in the State, about how to enhance future opportunities to quicken its gas rollout.

PPP currently employs about 160 staff. Mr Fay said it hoped to add a further 15 to 20 staff in coming months as it looks to beef up its sales and administrative team.

It is also looking to hire energy-market traders to help it smooth out the risk associated with buying gas on the wholesale market.

Mr Fay said there may be a period of price volatility ahead in the wholesale market, and having its own in-house trading team would reduce the price risk to which PPP is exposed.

Users of PPP currently can top up their power meter with a code derived from its smartphone app, which is then physically tapped into the meter. Mr Fay said PPP is now also rolling out smart electricity meters which, when twinned with an upgraded app, can be topped up directly from a smartphone.

The upgraded app, which is currently in testing, can also be used to monitor electricity consumption in real time. PPP claims that users of its service save an average of 9 per cent on their energy usage.