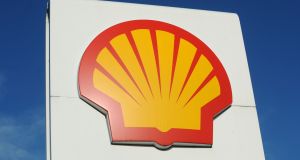 Oil majors including Shell have cleaned up their balance sheets to survive the worst industry downturn in a generation. Photograph: Anna Gowthorpe/PA Wire

The oil-price rally proved a double-edged sword for Royal Dutch Shell, as improved exploration and production lifted profit to a three-year high while refining and trading fell short of expectations.

Brent crude, the international benchmark, has risen to a three-year high. That helped Europe’s largest energy company to post an adjusted profit of $4.3 billion last quarter, the highest since 2014 when oil was near $100 a barrel. While the bottom line was better than expected, cash flow was the weakest since 2016.

“We enter 2018 with continued discipline and confidence, committed to the delivery of strong returns and cash,” Shell chief executive Ben Van Beurden said in a statement. In the fourth quarter “cash flow reflected higher tax payments and increased cash requirements in relation to our trading business”.

Oil majors including Shell have cleaned up their balance sheets to survive the worst industry downturn in a generation, eliminating expensive projects and laying off staff to cut capital expenditure. After those efforts and a recovery in oil prices, some analysts predict a bright future. Goldman Sachs Group’s Michele Della Vigna said it could be Big Oil’s best year in decades, as long as companies maintain discipline.

Higher earnings and cash flow in 2017 as a whole will also help Mr Van Beurden cut debt that rose to a record high following the $54 billion acquisition of BG Group. He has said he wants to make Shell the best-performing oil major, surpassing Exxon Mobil. The Dutch company is the closest it has ever been to attaining the long-coveted prize of overtaking its American rival, at least based on market value. Exxon reports fourth-quarter earnings on Friday.

Exploration and production earnings of $1.65 billion beat analyst estimates provided by Shell. Refining and marketing earnings of $1.4 billion, down both quarter on quarter and year on year, fell short of expectations. Shell blamed the drop partly on “lower contributions from trading”. – Bloomberg