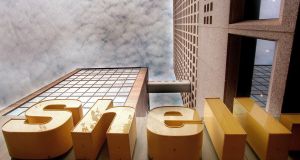 Shell’s production is currently around 135,000 barrels of oil equivalent per day in the UK North Sea

Royal Dutch Shell gave the green light on Monday for an expansion of the Penguins oil and gas field in the UK North Sea, its first major new project in the ageing basin in six years.

Shell said the development, which includes the construction of a floating production, storage and offloading (FPSO) vessel, reaffirmed the Anglo-Dutch company’s commitment to the region after it sold around half of its assets there last year.

The FPSO is expected to produce up to 45,000 barrels of oil equivalent per day (boe/d).

The Shell-operated Penguins redevelopment is the first major project Shell has announced since 2012, when it made a final investment decision for the Fram field in the central North Sea.

The project will generate a profit even with oil prices below $40 a barrel, Shell said in a statement, making it competitive against other offshore basins and most of North America’s shale production.

“We struggled to make it economic until the last couple of years when we closely worked with supply to redefine and redesign the development to reduce costs,” Steve Phimister, head of Shell Upstream in the UK and Ireland, told Reuters.

After Penguins, Shell is expected to decide on a number of new projects in the central North Sea in the next year or two, Mr Phimister said.

Shell gave no details on the cost of the project, which analysts at Bernstein last September estimated would be up to $2.5 billion.

Production in the UK North Sea has steadily declined since the late 1990s, but has seen a modest recovery in recent years thanks to a number of new projects, including the BP-operated Quad 204 field in the western Shetlands last year, in which Shell holds a 55 per cent stake.

Operators have drastically reduced operating costs as a sharp drop in oil prices since 2014 forced companies to become more efficient and service providers to slash costs.

Shell’s production is currently around 135,000 boe/d in the UK North Sea after completing the sale of a $3 billion package of assets to private equity-backed Chrysaor last November, Mr Phimister said.

The company intends to maintain its production at this level into 2030, he added.