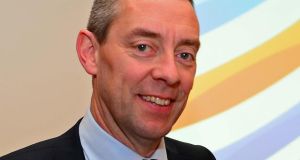 DCC has moved to strengthen its European liquefied petroleum gas (LPG) business with the announcement that it will acquire German business TEGA.

The sales, marketing and support services group confirmed the purchase in an announcement to the Irish Stock Exchange, but did not put a value on the deal. TEGA has revenue of about €75 million, and supplies LPG and refrigerant gases. It currently employs about 100 people across five sites, mainly in southern Germany.

The deal is expected to close before the end of March.

“The acquisition of TEGA will provide DCC LPG with a platform in the large, relatively fragmented German LPG market and further strengthens its position in the LPG market in Europe,” said DCC chief executive Donal Murphy.

“In addition, the acquisition of TEGA provides an entry into the refrigerant gas market further enhancing the service capability of our business, following our expansion into medical and aerosol gases in recent years.”

In a note to clients, analysts at Davy described the deal as “a well-timed move” into the German LPG market.

The TEGA deal will bring to £630 million the total DCC has spent on acquisitions in its current financial year. The company also completed the acquisition of Shell’s LPG business in Hong Kong and Macau this week.