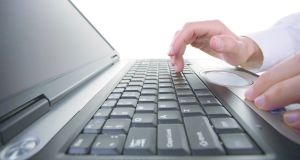 Unemployment has fallen to a nine-year low of 6 per cent as conditions in the labour continue to improve.

The latest monthly figures from the Central Statistics Office (CSO) show the number of workers classified as unemployed fell by 1,800 to 131,300 in October, which equates to an annual decrease of 26,800.

Ireland’s jobless rate is now nearly three points below the euro zone average of 8.9 per cent.

On current trends it could fall below 6 per cent this year before converging on full employment next year, which experts believe is around 5.5 per cent.

The figures also show the youth unemployment rate was 14 per cent in October, down from 14.7 per cent the previous month.

Mariano Mamertino, an economist with recruitment website Indeed, said businesses were now dealing with the “good problem” of a tightening labour market.

Despite the progress, he highlighted two risk areas; the continuing high rate of youth unemployment and long-term unemployment.

“Although the rate of youth unemployment was down to 14 per cent in October, from 16.7 per cent a year ago, young people in Ireland are still almost three times more likely than older people to be unemployed today, with 27,000 people under the age of 25 who want a job not yet finding a role,” he said.

He cited research by the OECD showing that Ireland had the highest number of young people receiving unemployment and disability benefits among the OECD’s 35 countries.

“The second black mark is that nearly half of those who are unemployed are long-term unemployed, and therefore have been looking for a role for at least 12 months,” he said.

“It is unlikely that the sectors facing the most significant skills shortages such as technology, finance and biopharmaceuticals will be hiring from these two cohorts, and are more likely to look overseas for hires who have experience and are ready to hit the ground running,” he added.

1 Fair Deal nursing homecare leaves little for bills and gifts
2 Portugal set to curb tax breaks for wealthy foreigners
3 Getting out from under ‘never-ending’ Celtic Tiger debt burden
4 Pensions row fix could threaten future of State payment, actuaries warn
5 Tax and spend: What have FG done for your pocket?
6 Accumulated profits at Kathryn Thomas’s media company rise to €420,000
7 SAP hit by fall in cloud computing orders
8 Court asked to impose maximum disqualification on director
9 Pilita Clark: When a rude boss keeps you waiting, why not walk out?
10 Pound dips as Bank of England decision looms
Real news has value SUBSCRIBE