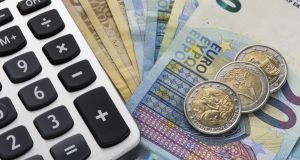 European regulators are arguing that granting of banking licences was based on clear capitalisation plans for new entities, say sources

Several financial services firms in London are refraining from building up further reserves in the euro area until closer to the October Brexit deadline.

Goldman Sachs Group and Standard Chartered are among global firms postponing the transfer of several billion euro worth of capital outside the UK, despite regulatory pressure to complete the move.

Other lenders including Citigroup have only shifted part of the assets they were initially planning to relocate due to the delays in Brexit, people familiar with the plan said.

The European Central Bank (ECB) requires banks to hold enough funds to ensure they can absorb potential losses at their European units.

Banks in the region rushed to set up subsidiaries in the euro area and negotiated with the ECB the capital levels required to do so.

During meetings with the ECB and German regulators, executives at the firms said they can’t be forced to transfer the capital as the UK is still in the European Union and clients still prefer to do business in London, the people said.

“Clients generally still prefer to do business with UK-domiciled entities. From a capital market perspective, the UK is still where the liquidity is,” said Joe Cassidy, a partner at KPMG in London who leads the firm’s Brexit taskforce for financial services.

European regulators are arguing that the granting of banking licences was based on clear capitalisation plans for new entities, sources said, declining to be identified as the details are private.

“The ECB has told banks that, despite the political uncertainty surrounding Brexit, it expects banks to fulfil their commitments to implement the target operating models they agreed to as part of relocating some of their operations,” Andrea Enria, the head of the ECB’s supervisory board, said.

Standard Chartered said the lender “has set up and invested into our subsidiary in Frankfurt, which is operational and banking clients”.

The UK has been in Brexit deadlock since the referendum in 2016. Boris Johnson, the leading candidate to replace Theresa May as prime minister, has promised to take the UK out of the bloc on October 31st even if no deal has been struck in time.

Major US investment banks had planned a transfer about $280 billion (€250 billion) of balance-sheet assets to Germany’s financial centre.

Some London-based banks, such as Standard Chartered, are also counting on using the “temporary permissions regime” whose deadline for applying has recently been extended to October by the British financial services regulator, one of the people said. – Bloomberg