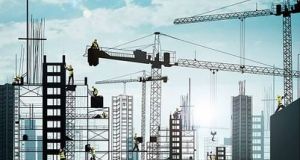 It is estimated that by 2040 Ireland’s population will have increased by about one million, leading to a need for more homes, services and infrastructure

More urban sprawl and longer commutes to work are on the cards for many of us unless politicians create a planning system fit for a growing population, the Irish Planning Institute has warned.

Attendees at the institute’s annual conference which got under way in Westport, Co Mayo, on Thursday, were told that the proposed new national planning framework would be bound to fail if politicians do not commit to concentrating investment in gateway cities and larger towns to address the growing imbalance between Dublin and other economic centres.

“For decades planners have been calling for more balanced regional development, consolidation and strengthening of existing urban centres, and integration of land use and transport. But each time we have a real opportunity to change course, the hard choice are shirked,” said Deirdre Fallon, president of the institute.

“Making the right decisions requires accepting that there is no choice but to bring about meaningful change to existing settlement patterns in order to both address the existing housing crisis and to ensure adequate and sustainable housing provision into the future.”

Minister for Planning Simon Coveney unveiled the new framework, known as Ireland 2040, in February. The plan, a successor to the much derided National Spatial Strategy, attempts to map out the State’s population growth over the next 25 years. A final document is to be put before the Dáil in advance of October’s budget.

It is estimated that by 2040, Ireland’s population will have increased by about one million, leading to a need for more homes, services and infrastructure.

However, it is expected that a significant amount of horse-trading is likely to take place among politicians over the coming months as a Government relying on support from Fianna Fáil seeks to gain consensus.

Planners have raised concerns that as part of this national planning rules could be derailed, as happened with the National Spatial Strategy.

A recent Department of Environment report said the centrepiece of that plan – a decision to relocate thousands of public servants out of Dublin – seriously undermined the framework.

Also at the conference, Claire Solon, president of the Society of Chartered Surveyors Ireland, called for the introduction of incentives to encourage home owners in city centres to make vacant properties available, and for new measures to reduce house costs.

1 How much state pension will I get next year?
2 Ulster Bank to introduce new card payment controls on app
3 Oxford Covid vaccine trials offer hope for elderly
4 Apple planning updates to its AirPods earbuds next year
5 Retailers accused of ‘stealing business’ from rivals by flouting restrictions
6 Policy failed us during the banking crisis and it’s failing us again
7 How long can Government afford to keep State pension age at 66?
8 Tesco takes to the skies with home delivery by drone
9 EU has helped transform living standards of Europe’s people
10 Weaknesses of food industry
Real news has value SUBSCRIBE