Number of Irish start-ups continues to grow despite Brexit uncertainty 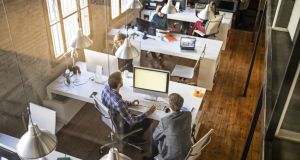 The total number of start-ups in the first three quarters of the year was 17,160 in the State.

The number of new company registrations in the Republic is running more than 5,000 ahead of this time last year, according to new figures from business and credit risk analyst CRIF Vision-net.

Despite Brexit uncertainty, the company’s data shows an average of 55 new companies were formed every day in the last nine months.

Within Dublin, the highest rate of new company registrations was in Dublin 2, with 1,652 start-ups based in the postcode.

Business and management consultancies were the type of company that saw the largest growth in the first nine months of the year.

“The continued growth of business start-ups in Ireland is an encouraging development, particularly against the current backdrop of global economic cautiousness,” said Sara Costantini, CRIF regional director for the UK and Ireland.

Despite the growth in business start-ups, insolvencies have increased almost 10 per cent compared to this time last year, with 1,519 companies filing for liquidation, examinership or receivership in the year to date.

The first six years of their existence is the most vulnerable stage for companies, CRIF Vision-net said, with 29 per cent of all insolvencies occurring in this period.

“Current environments are undoubtedly taking their toll on businesses as we experience an increase in insolvencies,” said Christine Cullen, managing director of CRIF Vision-Net.

“Budget 2020 included some positive measures for Irish SMEs toward navigating the uncertainty of Brexit, however the lack of new supports for entrepreneurship represented a missed opportunity.”