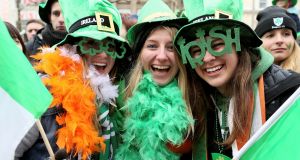 Ireland’s “brand value” rose by 12 per cent to $604 billion over the past year despite the Brexit uncertainty.

That’s according to a report by consultancy Brand Finance, which ranks the 100 most powerful national brands every year.

It said Ireland was the fastest-growing nation brand in Western Europe in 2019 with all the other players in the region recording only aq slight rise or even a decline. Ireland also ranked 26th globally for absolute brand value, and second on a per capita basis behind Luxembourg.

To rank countries, Brand Finance uses a method based on the “royalty relief mechanism” which is used to value corporate brands, in other words, the price a company would pay to license the brand.

It determines the strength of a brand by analysing dozens of data points across three key pillars, including goods and services, investment and society.

Since 2015, Ireland’s brand value has grown by 110 per cent in tandem with the rapid acceleration in economic growth. UK’s and EU member states’ nation brand values grow 19 per cent and 32 per cent respectively over same period.

“We are in uncertain and fragile times across Europe,” Simon Haigh, managing director of Brand Finance Ireland, said.

“Currently the outlook for growth in the Irish economy looks positive, bolstered by the strength of our home-grown brands, and the very significant influx of inward investment in recent years,” he said.

“ However, a potential no-deal Brexit is likely to cause challenges for the Irish economy moving forward,” he said.

Globally, the US remained the world’s most valuable brand at $27.7 trillion, with China in second, which recorded a 40 per cent increase in value to $19.5 trillion. The difference in value between the two nation brands has dropped from $12 trillion last year to just over $8 trillion in 2019, the report noted.

The two largest economies in the world have been at loggerheads since July last year in a bitter trade war, with tariffs imposed by both sides on billions of dollars’ worth of imports and exports, it said.

“Despite this, China’s brand value has defied the expectations of a slowdown, benefitting from the glowing success of some of its most dominant and valuable brands, including ICBC, Huawei, and Alibaba,” it said, noting the latter two have embraced strong marketing strategies that mirror their international counterparts.

“China is undergoing a meteoric rise on the global stage, rivalling the traditional nation brand powerhouses in the West,” Mr Haigh said.

“ Despite economic and political challenges, China’s nation brand value has grown by 40 per cent, consistently outpacing the US and other major economies,” he said.

Behind the US, China, and third-placed Germany, Japan’s brand value has increased 26 per cent to $4.5 trillion, pushing the UK into 5th rank.

Bring the night sky inside with your own planetarium 17:00
Covid-19: Government announces €1bn in supports for businesses 16:30
Tesco says coronavirus costs could reach €1bn 16:28
Fitbit releases Charge 4 ahead of expected Google acquisition 16:00
Business Post cuts pay for staff by up to 15% 15:28

1 Lockdown exit: How can Irish economy reopen without big health risks?
2 Property market has not felt full impact of Covid-19, warns Sherry FitzGerald
3 Covid-19: Government announces €1bn in supports for businesses
4 Tesco says coronavirus costs could reach €1bn
5 I want to change my will quickly in case I fall ill. Do I need a lawyer?
6 Business Post cuts pay for staff by up to 15%
7 German fund closes €93m Harold’s Cross build-to-rent deal
8 Facing economic meltdown ... and nothing wrong with our economy
9 Q&A: Where do we stand on mortgage holidays and payment breaks?
10 Digital health platform SilverCloud Health raises €14.7m
Real news has value SUBSCRIBE