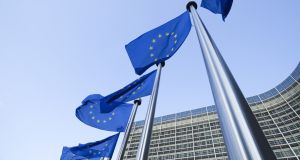 Bundesbank president Jens Weidmann challenged the landmark stimulus package agreed by European Union leaders this week, emphasising the importance of controls for the funds that seek to pull the region’s economies out of the worst recession in memory.

In an interview with German newspaper Funke Mediengruppe on Sunday, Mr Weidmann questioned aspects of the package, saying it shouldn’t serve as “a springboard for large-scale EU debt for regular household financing.”

While the creation of the €750 billion fund to address the fallout from the pandemic was the right thing to do, he said, it needs a control mechanism so that the money is spent wisely and efficiently.

“It is important that support measures are limited, so that they automatically expire in the course of time and the public finances stabilize again,” said Mr Weidmann, who is a member of the ECB Governing Council.

Speaking with Spanish El Independiente newspaper published on Sunday, ECB vice president Luis de Guindos said the agreement about the fund was important as it seeks to ensure that no country is left behind.

“So, in this respect, the recovery fund reduces the risk of a two-speed Europe, ” he said. “Evidently the recovery will not be uniform, but the plan will reduce divergence between economies.” – Bloomberg