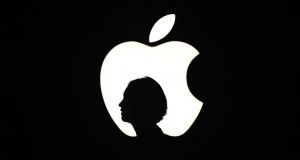 The US owner of the Shelbourne Hotel and builder of Dublin’s Capital Dock says that the Republic is set to become its biggest European market by income. Kennedy Wilson is building 1,100 apartments and 550,000 sq ft of offices in the Dublin and intends spending more than €500 million in the city by 2022. Barry O’Halloran reports.

Sales at Apple’s Irish-registered international holding company rose 13.1 per cent to $155.8 billion (€141 billion) in 2018, new accounts filed by the company show. Apple Operations International (AOI), which is registered to the company’s Holyhill campus in Cork, covers most of Apple’s non-US subsidiaries. The accounts show a tax charge of $6.66 billion on net income of more than $40 billion across a number of countries where Apple operates. Ciara O’Brien reports.

It seems Ryanair is continuing to recruit pilots despite announcing plans to cut up to 900 jobs, according to one trade union. Responding to this week’s announcement of job cuts, Brian Hutton, general secretary of the British Airline Pilots’ Association declared that if Ryanair were “so over-subscribed with pilots, it’s confusing as to why they have recently recruited and continue to do so”.

In his Caveat column, Mark Paul considers the various guises of the Ryanair boss. “First it was Loudmouth O’Leary, then we had Humble-Bragger O’Leary, and now we have Worried O’Leary.”

Brexit uncertainty and global trade tensions are hitting UK growth, with the Bank of England’s forecasts showing a one-in-three chance that the economy will shrink at the start of next year.

New car sales fell 8.4 per cent in July, with the majority of buyers opting for petrol over diesel, a trend not seen since motor tax changed to an emissions-based regime in 2008.

FBD chief executive Fiona Muldoon said she wouldwill not apologise for the insurer delivering a surprise doubling in profits in the first half of this year. The result came as an “exceptionally benign winter” resulted in fewer weather-related claims and the value of assets in the group’s investments portfolio jumped.

In Agenda this week, Mark Paul considers the new era at INM under the stewardship of Belgian/Dutch newspaper group Mediahuis.

For this week’s interview, Fiona Reddan meets Chris Paul, the chief executive of Avantcard, the lender born out of MBNA, that’s in growth mode as it eyes car and small business lending.

Finally, in Brexit Proof, Peter Hamilton meets the owners of a hospitality group in Sligo who worries that the post-recession positivity will disappear very quickly if a no-deal scenario arises.