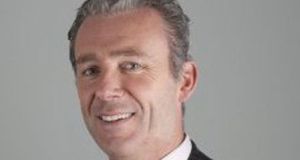 Some 250 jobs are to be created in Dublin with ICT firm Aspire Technology taking on 150 people and engineering company Designer Group adding a further 100 staff.

Aspire, which works with telecommunications equipment vendors such as Ericsson, as well as operators like Vodafone and Three, is a Sandyford-based company that provides end-to-end mobile network lifecycle professional services and solutions.

The new positions, which are supported by Enterprise Ireland, cover a range of areas including software developers, network engineers, design specialists and project managers.

Aspire Technology also announced plans to add to their existing headquarters where they are to build a new network support centre that serve over 16 million mobile customers across 32 markets.

Plans are already in place to grow this facility to manage over 50 million mobile customers.

Established in 1992, Designer Group is a mechanical and electrical service provider that has experienced considerable expansion over the past two years with employment numbers growing from 400 to 650.

The company, which also has offices in London and Frankfurt, as well as Dublin and Limerick, recorded pretax profits of €3.9 million in the year to January 2016 on turnover that rose 64 per cent to 82.9 million, from €50.6 million.