‘Future is bright’ for Irish companies in Asia willing to put in the legwork, says director 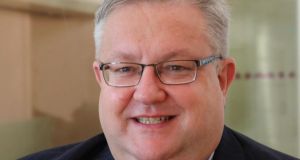 PM Group, a construction, engineering and project management services group with its headquarters in Dublin, has secured a raft of new projects with the Asian Development Bank and the World Bank that will add €4 million to revenue. The group sees the continent as a significant growth area.

“In the past six months we have won five new projects with the ADB and the World Bank Group,” Singapore-based Trevor O’Regan, director of international consulting for PM Group in Asia, said.

In 2012 Asia and the ADB accounted for about 15 per cent of PM Group’s international consulting business, while this year it will account for more than 50 per cent and revenues have increased threefold in that period.

As well as the ADB and the World Bank, PM Group is hoping to co-operate with the new Beijing-based Asian Infrastructure Investment Bank (AIIB) “in the not-too-distant future”.

“Our services focus on the preparation of sovereign loans typically in the range of $100 million-$150 million (€92 million-€137 million) for climate-resilient infrastructure in secondary cities and towns across the Greater Mekong Subregion – cities such as Hue in Vietnam, Sihanoukville on the coast of Cambodia – really exciting cutting-edge projects with blue-chip clients,” said Mr O’Regan, who has worked in Ireland and Austria.

Ireland joined the Manila-based lender in 2006, becoming the 66th member. PM Group joined a year later after participating in the first Enterprise Ireland-led mission to the ADB in 2007 with a number of other Irish companies.

In the first two years it proved difficult to get traction, as PM Group had no track record and was not getting shortlisted.

“Anyone who has worked in Asia will tell you that they are receptive to the delivery of remote business services, but not to remote business relationships. You have to invest significant time and energy getting to know your client, and I have to say, I found the ADB very approachable once you demonstrate your commitment. Ninety per cent of companies who visit the ADB fall at this first hurdle,” said Mr O’Regan.

“We focused on three to four markets in the Greater Mekong Subregion and ASEAN [the Association of South-East Asian Nations] – in particular Vietnam, Myanmar, Lao PDR and Cambodia. This approach eventually paid dividends,” said Mr O’Regan. In terms of the project teams on site and support staff, PM Group has about 70-75 people involved.

There are definitely opportunities for Irish companies in Asia, but Mr O’Regan warns there is no low-hanging fruit and firms must be patient.

“The market is very demanding and probably the most competitive market anywhere. However for those with the stamina and commitment, the future in Asia for Irish companies is very bright,” he said.