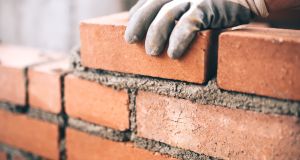 The company currently has fast-track plans before An Bord Pleanála for 129 apartments for lands to the north of Poppintree industrial estate at Dublin 11. Photograph: iStock

New accounts filed by Dwyer Nolan Developments Ltd show that pretax profits at the business last year decreased after revenues slumped by 40 per cent from €49.5 million to €29.76 million in the year to the end of May last.

The company currently has fast-track plans before An Bord Pleanála for 129 apartments for lands to the north of Poppintree industrial estate at Dublin 11.

Directors and shareholders, husband and wife, Edward and Ann O’Dwyer awarded themselves €1.688 million in dividends last year. This followed a dividend payout of €666,700 to the couple in the prior year.

A breakdown of the company’s revenues show that €29.57 million was generated from the sale of property last year, with €190,127 from rental income.

At the end of May last, the company had accumulated profits of €139 million. The company’s cash pile fell sharply from €28.65 million to €8.96 million.

The company put a book value of €56.6 million on its land and work in progress.