Aviation regulator happy with airlines’ compliance, Appian assets appreciate and why ‘thank you’ is essential 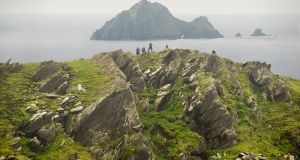 The Commission for Aviation Regulation has said it is satisfied Aer Lingus, Ryanair and other Irish airlines will comply with EU rules on ownership and control to continue flying into UK after Brexit, writes Simon Carswell.

Concerns have been raised by EU officials questioning the preferred strategy of Aer Lingus-owned IAG to meet the rules in order to continue flying across the bloc and in and out of the UK in the event it crashes out without a deal.

Barry also tells us that hotels, restaurants, pubs and other businesses will share a €9 million boost to the economy this week from two gatherings of aircraft finance professionals, according to accountants PwC.

One of the brothers who founded Cartrawler, a car rental technology company, is seeking planning permission for a 55 unit development in south Dublin’s Terenure, reports Peter Hamilton. But local residents have raised concerns as to the height of the development and the resultant impact on traffic in the area.

Tourism Ireland’s new global marketing campaign reaches German television this week in the next phase of its bid to persuade more tourists to choose Ireland for off-season breaks. Laura Slattery reports on the latest advertising campaign.

Sales of Irish whiskey in the US remained buoyant last year even as alcohol consumption continued to decline, new figures show, writes Charlie Taylor. Irish whiskey sales rose 13.5 per cent to 4.65 million cases, down from 16.3 per cent a year earlier but still strong considering the overall trend towards lower consumption.

The Government is offering up to €4 million to fund green energy research projects, according to Richard Bruton, Minister for Communications, Climate Action and Environment, writes Barry O’Halloran.

Pilita Clark tells us that a little common courtesy is much underrated.