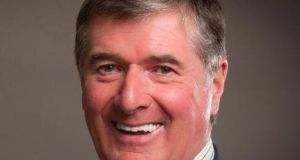 The group, which established a standalone operation in the South in mid-2017, said turnover in the Republic rose by 30 per cent last year with the company securing over €10 million of contracts with customers that include the Pensions Authority, the National Aquatic Centre and the Abbey Theatre.

MCG said it had secured a further €2.5 million in new cleaning and catering contracts since the start of 2019.

MCG secured its first business here in 2013 when it signed a three-year contract to supply catering and cleaning facilities to Stream Global Services at sites in Santry and Swords. However, it largely failed to capitalise on early successes until setting up the Dublin-headquartered business.

Established by Trevor Annon in 1988, MCG has grown from a small contract catering company into a support services giant, employing more than 2,500 staff working in over 150 locations across Ireland and Britain.

Mr Annon, a finalist in the 2017 EY Entrepreneur of the Year Awards, said the company was confident about reaching the milestone based on current growth predictions.

“The Republic of Ireland marketplace is now a key target for us as we continue to develop our Dublin-based service delivery and management team. Growing our market share remains a key priority and will be a major driver of overall company growth over the next five years, with cleaning and catering services in particular playing a significant role,” he said.

“We have increased our infrastructure and focused on strategic talent acquisition, and are now in a very strong position to capitalise on the opportunity to consistently grow our operations in Ireland,” Mr Annan added.

MCG, which invested £1.6 million (€1.8 million) in a 929sq m (10,000sq ft) headquarters on the Ormeau Road in Belfast in 2017, has more than 300 ongoing contracts with clients including University of Ulster, Titanic Belfast, Flybe, Exeter Airport and Ulster Rugby.