Total Produce reports earnings rise but warns of challenges ahead 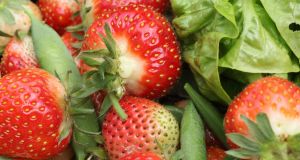 Total revenue for the fruit and vegetable provider was just over €3 billion, a rise of 39.6 per cent, with adjusted earnings before interest, tax, depreciation and amortisation up 106.6 per cent t to €117.1 million. Adjusted pre-tax profit was 57.8 per cent higher at €65.9 million.

However, these figures included the impact of ventures and associates such as its 45 per cent stake in Dole Food Company, of the world’s largest fresh produce companies, which it bought at the end of July 2018. This investment contributed €891 million in revenue.

Outside this stake, Total Produce’s revenue fell by 1.3 per cent to €1.83 billion.

Like-for-like revenues were down 2 per cent over the period, with uncertain conditions in Europe leading to a 6 per cent decline in the euro zone and 1 per cent elsewhere in Europe.

Net debt was €294.3 million at June 30th, an increase of €121 million largely driven by the additional finance required for the Dole investment.

“The results of Dole are in line with expectations led by a good recovery in the Fresh Vegetables division. The Dole business is seasonal with the greater share of earnings recorded in the first half of the financial year,” Total Produce chairman Carl McCann said in a statement.

The company announced an interim dividend of 0.9129 cent per share, unchanged on the prior period.