Conor McGregor’s lawyers hit back over attempt to block trademark 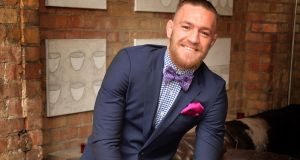 Lawyers for Conor McGregor have hit back at a Dutch company trying to block the mixed martial arts fighter registering his own name as a trademark across the EU.

However, Dutch company, McGregor IP BV is opposing the move.

The company sells clothing and accessories under the ‘McGREGOR’ brand and has told the European Union Intellectual Property Office (EUIPO) at Alicante in Spain that consumers might believe that goods sold by Conor McGregor’s company are part of products marketed by McGregor IP.

Now, in response, lawyers for McGregor deny that the two brands will be confused.

In a new six page rebuttal submission to the EUIPO, they state that the trade mark application by the Conor McGregor company differs by the fact that it contains the forename CONOR which is not present in the Trade Marks of McGregor IP B.V.

The solicitors state that when the two trade marks are compared in their entirety the differences are such that the consumer would not mistakenly believe that the goods sold originate from the Dutch McGregor company.

A spokesman for the EUIPO stated they hope to make a decision on the application next year.

Last year, McGregor’s plans to obtain a trademark for his planned ‘Notorious’ whiskey came unstuck after he withdrew his trademark application for the whiskey in the face of opposition from a Carlow brewer who had already secured the trademark for ‘Notorious’.

McGregor subsequently launched his whiskey, settling on his second choice name, ‘Proper No Twelve’ for the brand.