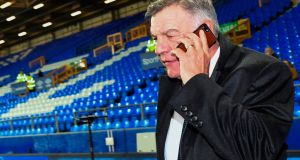 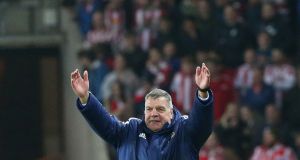 Sam Allardyce has been appointed the new Everton manager just a day after watching from the stands as the team cruised to a 4-0 victory against West Ham United at Goodison Park. The 63-year-old has signed a deal to the end of June 2019.

Allardyce has succeeded Ronald Koeman, who was sacked more than five weeks ago, and returned to management six months after leaving Crystal Palace. He will take over from the caretaker manager David Unsworth, who will stay on the staff at the club, for Everton’s home game against Huddersfield Town on Saturday.

The new manager had first been approached by Everton nearly three weeks ago but was reportedly not the club’s first choice and pulled out of talks then. Everton’s failure to attract Marco Silva from Watford and the decision to offer Allardyce a longer-term contract has persuaded him to return to the Premier League fray.

Allardyce, who has managed Bolton Wanderers, Newcastle United, Blackburn Rovers, West Ham Sunderland and Palace in the Premier League, has never been in charge of a team that has been relegated from the top division.

“The attraction of the club itself, the people I’ve known at the club - Peter Reid is one of my best mates, so are Andy Gray and Paul Bracewell whom I worked with at Sunderland - these people have always made me aware of just how special and unique a club Everton is and I feel really enthused and energised to come in as manager,” Allardyce said.

“I’ve always thought Everton was a great club. It is a great club. Obviously, the club has gone through a difficult spell and hopefully I can put that behind us as quickly as possible and start looking upwards again. Because, ultimately, it’s the ambition of the club, the ambition of the owner and the board, allied to the fact that it’s Everton and all the fantastic history, which have proved to be key for me.

“Ambition is important for any manager or coach, owner or director. It’s what you need to have and hopefully we can deliver to the fans to get this club high up the league. That’s what we’re aiming for.

“I think that whatever’s happened before we’ve just got to all rally around together. Because we are all in it together and let’s all pull in the same direction. Let’s try to get a healthy spirit around the club. That’s difficult when you’re losing but the win last night over West Ham and the magnificent atmosphere around Goodison, which was just brilliant, well that’s lifted everybody around the club.

“The fans are the most important people at any football club, of course, and we have to give the players every possibility to play to their best, really give them no excuses for not playing to their best and get them right back up to the top level we believe they’re capable of.

“Last season showed what the club is trying to build and we need to demonstrate that level of ambition and assuredness again. We can. It’s a question now of putting in the work to do that and I’m really enthused by the prospect.”

Everton’s majority shareholder Farhad Moshiri said: “I’m delighted to confirm Sam as our new manager. His strong leadership will bring great motivation and get the best out of players.

“Sam understands the long-term ambitions we have for this great club and I know he is a man who gives it his all and is focused 24 hours a day on the club.

“Evertonians are the most passionate and best fans in the world and when the club does badly we all suffer. But in football everything changes very quickly, so I hope this will help to propel us to where we should be.

“I would like to put on record our thanks as a club to David Unsworth for stepping up when we needed him over the last few weeks. He is a real Evertonian, embodying the commitment, pride and passion we all feel for the club.”