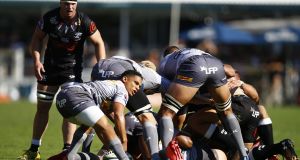 The four South African Super Rugby franchises could join an expanded Guinness Pro16 as early as next March if the existing travel restrictions caused by the Covid-19 pandemic are eased.

The addition of the South African quartet – the Bulls, the Lions, the Sharks and the Stormers – moved a step closer yesterday when a SARU General Meeting voted to explore the possibility of them joining Pro Rugby.

This follows the decision by the New Zealand Rugby Union to proceed with a domestic or trans-Tasman competition, and in doing so the SARU have rejected the option of remaining in a Pro14 format with the Toyota Cheetahs and a replacement for the Southern Kings, who have gone in to liquidation.

The Cheetahs have a contract to play in the Pro14 until at least the 2022-23 season, and have engaged legal advice. As part of a motor-and-motorcycle parade in Bloemfontein on Monday, Cheetahs supporters proudly displayed the Currie Cup, which they currently hold.

However, the SARU statement also said their general meeting is “the highest authority in rugby” and suggested the Cheetahs could be accommodated in a modified Super Rugby Series as well as a revamped, eight-team Currie Cup Premier Division and new domestic cup competition.

Five into four cannot go, and the Cheetahs removal from a Pro14 to accommodate the big four in an expanded Pro16 looks a fait accompli from a South African perspective. It is also likely to be well received by the Pro14 organisers, Celtic Rugby DAC, as well as their new investment partners, CVC, thus leaving just the logistics to be resolved.

Initially it is likely that the four South African super rugby franchises will be accommodated in some hybrid spin-off to the 2020-21 Pro14.

Hence the new Pro14 campaign, which kicks off this weekend, will again have to be abbreviated rather than see a full 21-game regular season completed before the knockout stages. That was always likely to some degree anyway.

The SARU will be keen for their leading players to be playing meaningful competitive rugby from March or so onwards, in time for the scheduled British & Irish Lions tour next year.

The likelihood then is that the four will join a fully-fledged Pro16 for the 2021-22 season, with each team perhaps playing 18 matches instead of 21 which, for the Irish provinces, would translate into six rounds of home and away interpro derbies along with one game against each of the other 12 teams - six at home and six away.

Furthermore, it would be possible to maintain one sortie to South Africa for two matches by direct charter to any two from Cape Town, Durban, Johannesburg and Pretoria rather than Bloemfontein and Port Elizabeth, while playing the other two at home.

While the advent of the Kings, especially, and, after a bright start, the Cheetahs, did not galvanise the competition as hoped, the prospect of the Stormers, Bulls, Lions and Sharks arriving locked and fully loaded with their Springboks’ World Cup winners would certainly heighten respect and anticipation at the RDS, Thomond Park, the Sportsground, the Kingspan Stadium and elsewhere.

Extraordinary circumstances have led to this landmark decision by the SARU and, who knows, but conceivably it could ultimately lead to South Africa joining the Six Nations.

Certainly the mastermind behind the Springboks’ World Cup success, Rassie Erasmus, is positive about the move north to a Pro16. Although speaking before the vote, and not of a mind to pre-empt it, Erasmus said: “The first benefit is that as a fan, you’ll be watching the game in the same time zone. You’ll watch it in the afternoon, have a braai and a few beers with mates. It makes a difference.

“For us as coaches and players, you can get on a plane, sleep on it and actually play the next day. That’s nice, for broadcasting and for your own planning. There are regular flights that you can get everywhere.”

The former Munster Director of Rugby also sought to dispel concerns in South African rugby over the competitiveness of the Pro14.

“You will play against countries’ best players who are normally ranked high on the world rankings. I don’t want to make this a rule of thumb because we were ranked number seven not long ago, but currently, when you think where Argentina and Australia are currently ranked, they’re 10th and seventh respectively. Ireland is invariably in the top four. Wales is always in the top five. Even Scotland remain very competitive.

“Those are the benefits. I can tell you of a lot of problems too but, in my opinion, the moment people start knowing the players who play there, they’ll discover there are a lot of South Africans in those leagues. They’ll see those players are very good and play at a level close to Test match rugby.”