Georgian rugby vice-president arrested after player shot in the leg 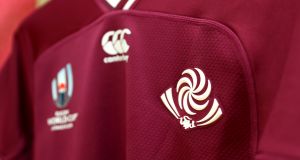 Police have arrested the vice-chairman of Georgia rugby union, Merab Beselia, for shooting former national Sevens captain Ramaz Kharazishvili in the office of the sport’s governing body in Tbilisi.

Reuters have reported that Kharazishvili (32) underwent emergency surgery on his leg but the wounds are not life threatening. Local media said that the shooting followed a dispute between the two men, with the Georgian police launching an investigation into the “illegal purchase, possession and carrying of a firearm and damage to health”.

Georgia are due to play Ireland at the Aviva stadium on November 29th following Test matches against Scotland at Murrayfield (October 23rd), England at Twickenham (November 14th) and Wales on November 21st.

Meanwhile, the South African Institute for Drug Free Sport (Saids) have postponed Aphiwe Dyantyi’s doping hearing without providing a reason or a new date to complete the disciplinary process.

“The independent tribunal panel adjourned the hearing proceedings after three days,” Saids informed the media. “The initial hearing date was postponed due to the Covid-19 lockdown restrictions. In order to continue to protect the rights of the athlete to a fair trial, Saids will not be commenting further on the proceedings.”

South African media have noted that witness testimony was supplied virtually while Saids’ senior lawyer called in from London.

Dyantyi, World Rugby’s breakthrough player of the year in 2018, tested positive for anabolic steroids after a Springbok camp in July 2019. The B sample confirmed the presence of banned substances methandienone, methyltestosterone and LGD-4033 in the 26-year-old’s system.

“We have to develop a procedure and protocol for a virtual hearing and then the athlete‚ his counsel and the arbitrating panel have to agree because this virtual hearing is a new thing,” said Khalid Galant, the chief executive of Saids last month. “We can’t just say we are going to have a virtual hearing – we have to give the parties the right to accept it or decline it and make sure that witnesses are not compromised.”

Springbok director of rugby Rassie Erasmus stated that Dyantyi was excluded from the World Cup squad on injury grounds.

“Initially we were supposed to have the hearing in early to mid April but [Dyantyi] had to have a couple of supplements analysed,” Khalid also previously stated. “Unfortunately, with the lockdown‚ labs who do the analysis of the supplements were closed‚ but I believe they have opened and we should be receiving the results of the supplements soon. The athlete sent a few supplements that he claimed could have been the source.”

Dyantyi, in previous statements, has claimed his innocence. “I have never cheated and never will,” he said. “The presence of this prohibited substance in my body has come as a massive shock to me and together with my management team and experts appointed by them, we are doing everything we can to get to the source of this and to prove my innocence. I underwent a drug test on the 15th of June 2019 [the positive test was on July 2nd] which did not return any adverse finding.”