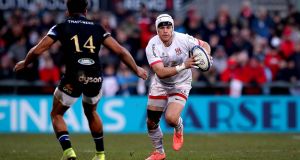 Ulster have announced Ireland international Will Addison is set for “several months” of recovery following surgery on his back.

The 28-year-old, who can play at either full-back or centre, had not featured since rugby restarted as he continued his rehabilitation.

On Tuesday, Ulster revealed Addison had “suffered a setback whilst rehabilitating his back injury” which resulted in the need for a recent operation and is set to leave him “unavailable for selection for several months”.

Addison moved to Ulster from Sale during 2018 and has been capped four times by Ireland, but missed the Guinness Six Nations campaign because of a calf problem.

Ireland head coach Andy Farrell will also be concerned by the news tighthead prop Tom O’Toole is set to be out for a period of several weeks with his ankle injury.

Ulster will head into their Pro14 opener against Benetton on Friday night also missing Billy Burns (calf) and centre Stuart McCloskey (elbow) who suffered injuries during the Heineken Champions Cup quarter-final against Toulouse.

Hooker Tom Stewart picked up a hamstring injury during training on Monday, while Ulster confirmed both Kyle McCall (concussion) and full-back Ethan McIlroy (ankle) are also unavailable for selection this week.

Andrew Warwick and Luke Marshall are out with hip problems, along with Angus Curtis (knee) and Robert Baloucoune (hamstring).

The match will be played in front of 600 spectators in the 18,211-seater Kingspan Stadium as the province trials the safe return of fans.

All tickets will be seated in pairs with safe distances between each group and tickets are only available to Ulster members via an online ballot at a cost of £20 each.