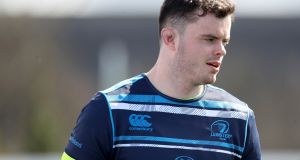 Both Irish secondrow James Ryan and flanker Dan Leavy have come through the return to play protocols and will return to Leinster training this week as they face into their Aviva Stadium match against Munster on Saturday. Both players suffered head injuries in the Pro 14 against Dragons.

Sean O’Brien also came through Leinster’s win over Connacht with no issues after a long spell on the sideline.

The Irish flanker’s return for the Pro 14 match this weekend followed by two weeks of Heineken Cup opens up the backrow with a number of options now available to coach Leo Cullen.

Prop Jack McGrath was also introduced to the rugby programme this week after he picked up a knee injury during training. He will be further assessed later in the week ahead of selection.

There are still some questions hanging over the fitness of Rhys Ruddock and Jordan Larmour. Ruddock came off in the first half against Connacht with Larmour picking up a hip injury.

Both players will be further assessed this week with an eye on Leinster’s opening European match against Wasps the following week.

Ian Nagle left Leinster’s game against Ospreys with a head injury and will follow graduated return to play protocols while Nick McCarthy came through his first game back with no ill effects.