Jack Conan returns to full training ahead of schedule 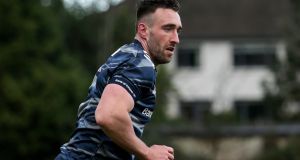 Jack Conan has returned to full on-field training for the first time as he steps up his rehabilitation from a broken foot sustained in training prior to the Japan game during last year’s Rugby World Cup. The initial prognosis was six months but he is currently ahead of schedule.

The number eight is on schedule - assuming he suffers no negative reaction to the injury - to make Leinster’s two-match trip to South Africa next month when the provinces take on the Southern Kings and the Cheetahs. Leinster assistant coach Felipe Contepomi explained: “We go step by step; it’s great to have him on the field training. That’s the first step and for him it’s great after the injury he had.

“It will depend on the assessment of doctors and physios. But hopefully, his comeback will be sooner rather than later. We have this game (against the Glasgow Warriors), then a week off, then a rugby week and then a trip to South Africa

“I’d say if he can train, we hope that he can be fit and available for selection. But we can’t be sure, it’s step by step. When you come back from injuries and long-standing injuries, sometimes a setback will put you, one step and two backwards.”

Rory O’Loughlin (shoulder) also returns to the pitch this week but Conor O’Brien, who picked up a hamstring injury in the win over the Ospreys last Friday, will require further medical assessment.