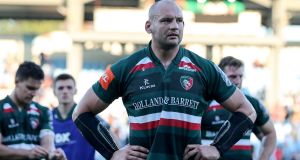 The difficulty with speaking the truth is that it often offends but the core of rugby, seemingly, is “rotten”. Former Ulster and Ireland lock Dan Tuohy, forced to retire this past week due to a horrific sounding nerve damage, signed off with a flourish.

“Ah f**k it I’m bored,” could become the introduction to a sports autobiography that revives the genre.

In 1970 a revealing and hilarious baseball book called Ball Four was published. Jim Bouton, a journeyman relief pitcher with a similar career to Tuohy, gets called up from the minor leagues by the New York Yankees for one last shot at the big time. Age 30 he starts scribbling notes.

This was the era of ancient baseball gods – Yogi Berra, Mickey Mantle and Willie Mays – and Bouton spares none of them, nor a single detail about accepted practice, how much he was (under)paid and the real personality of each superstar. It’s an eternal bestseller and essential read about the life of pro athletes, from deep inside the male locker room.

“Yeah it’s a brutal sport, sometimes ya start to wonder if the risk matches the reward,” Tuohy responded to a wave of fellow professionals, a collection that includes Ellis Genge, Nick Williams, Justin Harrison, Simon Zebo and Stephen Ferris who agreed with his departing mission statement.

Also, the ketamine revelation in French hospitals is worth a descriptive chapter in itself (“it blew my nut clean off”) when morphine was not enough to allow doctors X-ray and “move the humerus into a more comfortable position” after his hand rotated and “was facing the wrong way.”

Maybe, just maybe, Tuohy’s two page essay will become the cover jacket of a sports autobiography that would become an important document rather than the usual post-career cash bump (Paul O’Connell’s memoir aside).

“Even the simple gesture of looking someone in the eye is gone,” said Tuohy.

The retirement tweet has placed the 11 times capped warrior in an important position.

“It’s starting to look like it’s rotten from the core and I’ve a real fear that the values that made me fall for rugby have nearly disappeared, integrity and loyalty is a thing of the past, even a simple gesture of looking for someone in the eye has gone, you’ve to have a thick skin in this game. Rugby is a business people need to always remember that.” – Dan Tuohy on his retirement.

Language around concussion needs to change

There is an inaccurate figure of speech that keeps occurring. George North is the latest rugby player placed at the centre of it.

“George failed his head injury assessment and will go through the usual protocols,” said Wales coach Wayne Pivac after defeat to France.

Maybe North did undergo a HIA but under the current regulations if a player goes down with a head knock – as North did after clashing with Gael Fickou’s elbow – and shows any of the Criteria 1 signs (“suspected loss of consciousness” being one of 11 warnings) then a HIA must not occur.

Immediate and permanent removal from the match is the only option.

HIA 1 only occurs if all the Criteria 1’s are absent and Criteria 2, for example, “head impact event where diagnosis is not immediately apparent,” gets activated.

North, who has a worrying history of high profile concussive incidents, did not return to the field on Saturday in Cardiff but the now regular soundbite – “He’s up and about in the changing room and in good spirits” – does not wash. The “nothing to see here” rhetoric sends out the wrong message. There is no need to spread panic but concussion remains a constant threat to rugby. The language needs to change. Again.

The loss of Sene Naoupu and Lindsay Peat to injury may prove costly, but there is no shame in Ireland being emptied 27-0 by England. But that’s not the story. Kate Rowan in The Daily Telegraph is providing information about the slow progress of the women’s game.

“Donnybrook has become notorious,” wrote Rowan, “with visiting sides for being ‘dingy, gross and you always feels a bit uncomfortable taking a shower because it doesn’t look clean, regardless of hot or cold water,’ according to one Wales international. Players from other countries agree, but like the venue because of the pitch’s quality and the central location.”

An immediate solution is to stop using Bective Rangers’ ancient facilities for internationals at Energia Park with both international squads togging in Old Wesley’s new clubhouse.

But, as we have learned over the past decade, change comes at a snail’s pace, as Rowan also highlighted: “Another source of discomfort for players surrounds kit. The Irish Rugby Football Union supply women’s internationals with just two jerseys for the duration of the tournament, while the men receive two per match. From next season female players will receive the same provision as their male counterparts.”

Why wait? These are two quick fixes for the IRFU, if they are so inclined.

21: Sam Underhill tackles at Twickenham (he even missed three). Immense.