Cheetahs have experimental Munster in their sights 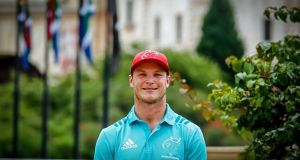 Tyler Bleyendaal returns to the Munster side for the first time in a little over eight months. His last game was against the Glasgow Warriors at the end of February.

The New Zealander will captain the side from inside centre with former Ireland U-20 international Bill Johnston handed the number 10 jersey in one of nine changes from last week’s side that squeezed past the Glasgow Warriors.

Rory Scannell was his team’s saviour last week with a beautifully-struck long range penalty but he starts on the bench as Bleyendaal is partnered by Ireland squad member Sammy Arnold, happily recovered from the blow to the head that forced his early retirement from the Warriors game.

Ireland Sevens international Shane Daly is named on the right wing with Alex Wootton, a try-scoring replacement the last day lining out on the other flank.

Kevin O’Byrne, Darren O’Shea and Fineen Wycherley are given rare starts while academy prospects Sean O’Connor and Gavin Coombes are amongst the replacements.

Munster beat the Cheetahs 38-0 in Thomond Park in the opening round of fixtures in the tournament but will find this an altogether tougher prospect for a variety of reasons, including the fact that the home side are no longer spreading themselves across two tournaments, the Pro14 and the Currie Cup.

The Cheetahs make a number of changes to the side that beat Cardiff at the same venue last week.

Aidon Davis replaces the injured Neill Jordaan, Nico Lee moves to inside centre, William Small-Smith shifts to right wing with Rhyno Smith to fullback. The bookies make Munster two-point favourites but a victory for the visitors given the comparative teams and the venue would be a huge result.