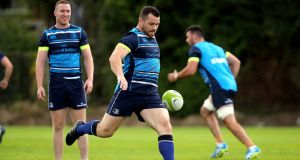 Leinster have confirmed that Cian Healy was asked to leave Sunday afternoon’s flight from Port Elizabeth to Cape Town.

The Irish province released a statement on Monday evening in which they claimed that the “issue related to a misunderstanding around the use of a laptop during the approach to take off.

“Cian disembarked the plane and took the next available flight to Cape Town with the same airline. Cian apologised sincerely to all concerned at the time for any inconvenience caused.”

He re-joined the squad last night in Cape Town and trained on Monday in Bishop’s College. The Irish international prop came on as a 53rd minute replacement for Ed Byrne in Saturday’s Pro14 31-10 win over Southern Kings.