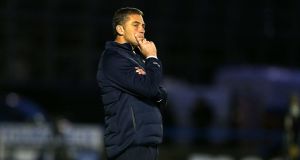 Former outhalf or centre Smith, who made nine appearances for the Springboks between 1996 and 1999, has previous experience in Italy, having played at Treviso for three years before taking over as head coach at the club for a further six years.

The 47-year-old will be supported by forwards coach Giampiero De Carli, defence coach Marius Goosen and fitness coaches Pete Atkinson and Giovanni Sanguin for the Six Nations campaign which begins at the Principality Stadium against Wales on February 1st.

The Italy Rugby Federation will continue their search for a permanent successor and hope to have them in place by July 1st 2020 for the tour of the Americas until the end of the 2023 Rugby World Cup.