Meanwhile, Ulster will travel to face Toulouse on the Sunday in their quarter-final 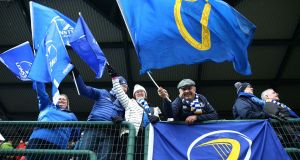 Leinster will face Saracens in their Heineken Champions Cup quarter-final at the Aviva stadium on Saturday, April, 4th (5.45) while Ulster’s clash against Toulouse at Le Stadium is pencilled in for Sunday, April 5th with a 4.15 kickoff local time (3.15, Irish time).

Leo Cullen’s charges beat the English club at the same stage of the tournament – also at the Aviva stadium – two seasons ago en route to winning a fourth European title but Saracens got their revenge last season when they won 20-10 in the final in Newcastle.

Three of the Champions Cup semi-finals take place on the Saturday, with two sharing a kickoff time. The Exeter Chiefs will host the Northampton Saints at Sandy Park (3.15) while Racing 92, beaten finalists in 2018, must travel to the Stade Marcel Michelin to face Clermont Auvergne (3.15, Irish time).

All three of Saturday’s matches will be shown live on BT Sport, who also have the Ulster game on the Sunday but that game will also be available free to air on Channel 4 and Virgin Media.

1 Sordid murder of hurling brothers still resonates in south Galway
2 Ireland 23 Georgia 10: How the Irish players rated
3 Jim McGuinness: There is a way to save championship and make it competitive
4 Nicky English: No surprise that Limerick and Waterford in final
5 Ireland grind their way to grisly win over Georgia
Real news has value SUBSCRIBE