McNamara outlines the scale of opportunity for Ireland’s U-20s 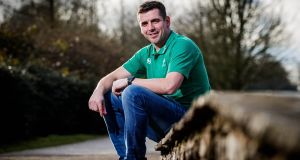 Noel McNamara: “The reality is that the gap from the Under 20s, to the Pro14, to the Champions Cup and indeed to senior international honours is getting smaller and smaller.” Photograph: Ryan Byrne/Inpho

Ireland Under-20 coach Noel McNamara understands the folly of determining success and failure at age-grade level simply by results.

It is not that they are irrelevant but they represent a narrow focus that is often shaped by peripheral factors; good fortune or conversely injuries to highlight a couple, that are uncontrollable yet often pivotal in any tournament.

He fosters a holistic approach that prioritises the development of players within the framework of matches, challenging them to determine what is possible from game to game and over the course of a campaign.

Last season’s Grand Slam in the U-20 Six Nations Championship represented a superb achievement but it stands alone and is not a benchmark for the current squad who begin their campaign against Scotland at Musgrave Park on Friday, January 31st (7.15).

Seven players with varying levels of involvement, Thomas Clarkson, Charlie Ward, John McKee, Thomas Ahern, this year’s captain David McCann, Brian Deeney and Max O’Reilly return for a second season but there is a sizeable contingent within the squad who are a year young (under-19).

McNamara explained: “We have a smattering of experience, principally in the pack, but it is not different to most years, it is very much a new group.”

There are a couple of players who may feature later in the U-20 Six Nations – in the case of Aaron Sexton – or at the Under-20 World Championship in Italy in the summer. The latter is perhaps a more realistic return date for Sale Sharks flanker Ciaran Booth, who suffered a horrible knee injury in last season’s global tournament.

Sexton, who has won Irish and international sprint titles, tweaked a hamstring a couple of weeks ago. McNamara said: “He is unlikely to be available for the first couple of rounds of the Six Nations. Obviously he is involved in the Sevens programme and if he is involved in the [Sevens] World Series then that is where he’ll play. He has areas of his game to develop but has some attributes that are hugely positive as well. His development will be served through the Sevens and 20s programmes.”

When McNamara first sat down with the current squad he emphasised the fact that the 10 Test matches this season, between Six Nations and World Cup, not alone represent a wonderful opportunity to develop individually and collectively, but could have very positive and speedy ramifications in career terms.

“The reality is that the gap from the Under 20s, to the Pro14, to the Champions Cup and indeed to senior international honours is getting smaller and smaller,” said McNamara.

“The most recent examples [in terms of those graduating to the Irish senior squad for the upcoming Six Nations] are Ronan Kelleher, Caelan Doris and Tom O’Toole. Then you look at the apprentices, Ryan Baird and Harry Byrne, who played with us last year. That will really give hard evidence to how close these guys are.”

He admitted the Grand Slam had not being a conversational topic amongst the present squad.

“It’s very much about what they want to achieve. For me the most important thing with young players and young people is that there is no ceiling. There is nobody that can put a cap on what they are capable of achieving. We have spoken about the capacity to improve as we progress through the season, in training and in matches.

“One thing that has been really positive is that from our starting point – when we got together in November – to where we are now, they have shown a lot of improvement. They are going to need to continue that. There is a lot of character within the group. There are a lot of things for us to be really enthusiastic about in terms of where they can get to [not only] over the course of the next few weeks but also the season.

“It is very much a 10-Test match campaign. It’s incredibly competitive. Right now the focus is on the Six Nations. We play Scotland first up, who at U-18 level won the Five Nations Festival. Italy beat England for the first time ever that year at U-18 level. We know how competitive France are, the two-time and defending world champions. England are England, and throw Wales into the mix, it’s a huge challenge.”

As an example of the calibre of player in the tournament, he pointed to teenage Gloucester wing Louis Zammit Rees (18) who although currently in the Welsh senior squad could yet play for their 20s, then highlighted Bristol outhalf, Ioan Lloyd (18), as another outstanding prospect who has already proven his worth in senior rugby.

McNamara continued: “I think it just demonstrates that gap has closed. If anything we feel that some of the games, the intensity, the pace, the ball-in-play time, the high-speed running that we see in those matches, particularly on the harder surfaces, is above and beyond the less competitive Pro14 games.

“This is a genuinely competitive environment that these lads have been exposed to and, if they can demonstrate that they can thrive, it is a real indicator of where they can get to.”

1 No further players to be called up to Ireland squad to face Georgia
2 Kevin McStay: Maybe a knockout All-Ireland Championship is the long-term solution?
3 Former France and Stade Francais winger Dominici has died aged 48
4 Gerry Thornley: Ireland don’t want to box themselves into a corner
5 Eddie Brennan steps down as Laois hurling manager
Real news has value SUBSCRIBE