Listowel braced for impact of All-Ireland replay on festival 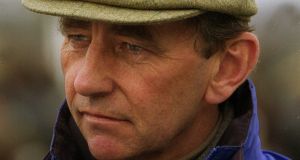 Listowel’s festival team are bracing themselves for the impact of next week’s All-Ireland football final replay on the Co Kerry racing action.

The historic €1.3 million ‘Harvest’ festival begins this Sunday and the final instalment of the seven day programme already faced a clash with Leopardstown’s first leg of ‘Irish Champions Weekend.’

However Saturday week’s clash between Dublin and Kerry at Croke Park is expected to have a much greater effect as Kerry fans travel in their thousands to the big match.

“From a Listowel racecourse point of view it’s not ideal but what can you do? We’re no different to a lot of racetracks that have to put up with the GAA now and again. It’s a fact of life and the GAA will always win out,” said Listowel’s vice-chairman, Pat Healy, on Tuesday.

The throw in at Croke Park is at 6.00 and the Listowel authorities are examining the potential for bringing race times forward as well as installing big screens for racegoers to watch the game.

Nevertheless the clash is expected to reduce attendance levels not just on Saturday itself but possibly also on the previous day’s ‘ladies day’ action which usually can attract crowds of up to 30,000.

“We have built up the Saturday in the last five years and we’re now into double-figure crowds of 10-11,000.

“With the All-Ireland at the weekend people don’t have the revenue and they have to make a decision: are we going to Listowel on ladies day or will we hold back and go up to the match. And obviously the majority will go to the match,” Healy said.

Leopardstown has already been forced to bring forward the times of its hugely lucrative Group One card with the QIPCO Irish Champion Stakes run over two hours earlier than scheduled to avoid a clash with the Croke Park action.

Listowel’s feature is the €200,000 Guinness Kerry National on day four of the festival although it is the Friday fixture – Friday the 13th this year – which is usually best attended.

“They’ll still rock up for ladies day and it will still be great. But from the point of view of betting, having a drink, eating, and going around the town afterwards, all that will suffer and have a knock-on effect,” Healy predicted.

JP McManus’s Movewiththetimes, a faller in the Galway Plate before winning at Killarney, is a 5-1 favourite for the Kerry National.

The last British based winner of the race was Macs Supreme in 2000, a horse trained by the late Ferdy Murphy, who has sadly died, aged 70, after a long battle with cancer.

There are three cross-channel entries left in next week’s race including Shantou Village, a 16-1 shot trained by Neil Mulholland, who finished fifth to Snow Falcon a year ago.

“He was only beaten just over five lengths last year when the ground was pretty soft. Hopefully he’ll get better ground this year as that would suit him,” said Mulholland who hasn’t raced Shantou Village since Cheltenham in March.

“He’s been running during the summer last year but he won his bumper first time out and his novice hurdle first time out. We just said we’d take him fresh this year and see how we get on,” he added.

1 Gerry Thornley: Home and away Six Nations could be its ruination
2 Aviva 10-year ticket holders seek clarity over payment
3 Eddie Dunbar stays in the saddle as he eyes a return to the grand stage
4 Coming fourth in the Olympics didn’t change this fearless quartet, time did
5 Record numbers watch Woods v Mickelson charity match
Real news has value SUBSCRIBE