Number of Curragh Friday fixtures could be reduced in 2020 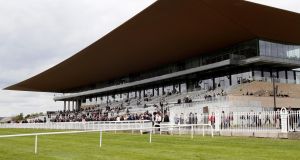 Horse Racing Ireland’s chief executive has suggested there may be a reduction in the number of Friday fixtures held at the Curragh next year with no Group One races run on that date.

Both the Phoenix Stakes run earlier this month, and the Pretty Polly Stakes run at June’s Irish Derby festival, took place on a Friday in what has proved to be a turbulent first season for the revamped €81 million Curragh facility.

Friday evening fixtures have been a key element to the Curragh’s ‘Summer Sounds’ programme which features post-race concerts. The final one of four successive such dates in August will be held later this week.

It will be the last of seven Friday dates staged in total at Irish racing’s HQ this summer. The first of them was held in May while two others were held in June, including one evening fixture.

The HRI board is set to confirm the 2020 fixture lists at a meeting next Tuesday. Its chief executive Brian Kavanagh was reluctant to pre-empt any final decision but outlined his belief that not so many eggs should be put in the Friday basket next year.

“My personal view is that we shouldn’t be running Group One races on a Friday and I don’t think that will happen in next year’s fixture list. I think there were seven Fridays on the Curragh fixture list: again, personally, I think it’s too many.

“But I do think it’s worth persevering to see if the Friday evenings can be developed. If we look at Leopardstown’s evening meetings they took a while to establish. They moved from Wednesdays to Thursdays before they found their niche.

“So it will take time. Next week’s board meeting will confirm the 2020 fixture list and I think Friday evenings will be there, just not as many,” Kavanagh said.

The feature race at the Curragh this week will be the €100,000 Tote Irish Cambridgeshire in which 40 entries remain after Monday’s forfeit stage.

Keith Dalgleish’s What’s The Story is topweight on 10.3 while Newmarket trainer William Haggas has left both Mojito (9.13) and Seniority (9.8) in the big handicap.

There are three other cross-channel entries while the highest rated of the home team is Psychedelic Funk (9.11)from the in-form Ger Lyons yard.

In other news Brian Kavanagh also indicated the HRI board is on schedule to make an autumn decision on where a proposed second all-weather circuit will be located. In March HRI stated it hoped to have a new all-weather facility in place by 2021.

Three tracks, Naas, Gowran and Tipperary, which is owned by HRI, initially expressed interest in developing an all-weather track. Naas and Gowran have since dropped out.

There are three green-field sites still in the running including one that has been proposed by businessman and trainer Luke Comer at his Palmerstown House property near Naas.

It is understood another green-field site is located in the north of Ireland while the site of a controversial super-casino project at Two-Mile Borris near Thurles still has planning permission for a racetrack.

“We are in line with the timetable we set ourselves which is to make a decision by October/November of this year. It’s an ambitious timetable but we’re still on course for that.

“This entire issue of a second all-weather depends on our overall funding position of the organisation,” Kavanagh said.

Tuesday evening’s jumps action is in Ballinrobe where last season’s Aintree festival winner Moon Over Germany returns to action in a conditions chase.

Lady In Lavender ruined her chance at Tramore with a final flight mistake but a better round of jumping can help the mare win on her third start for trainer Denis Hogan.