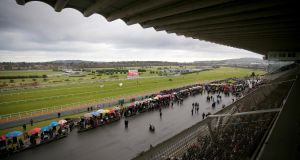 The Irish Horseracing Regulatory Board (IHRB) has confirmed it is examining online betting patterns involving two Willie Mullins-trained horses – Melon and Yorkhill – at Leopardstown on Saturday.

Melon returned a 7-2 starting price for the featured BHP Irish Champion Hurdle but was a major drifter on the Betfair exchange in the couple of minutes before the race began. He eventually finished fifth behind Supasundae.

Yorkhill also drifted in lay betting before finishing sixth in the Coral Dublin Chase won by his stable companion Min who started an 11-8 favourite.

IHRB chief executive Denis Egan said on Monday that both races are being examined by regulatory officials.

“It’s just suspicious betting patterns we are looking at. It may be nothing but we are investigating,” he said.

“There were some lay bets in two races we felt required further examination. We are awaiting the relevant information and we hope to have that in the next couple of days. Then we can decide whether to investigate further,” Egan added.

Heartbreak for Tuohy and O’Connor as Tigers down Cats 13:14
McIlroy well off pace as Thomas leads low-scoring Zozo 10:24
Seán O’Brien: Anger over my parents’ break-up never left me 09:30
Touching response to Marcus Rashford’s clarion call reveals very best of England 07:00
Michael Walker: Is De Gea an answer again amid the questions at United? 06:00
Here is your handy guide to sport on television this week