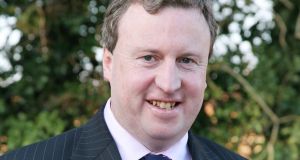 Brian Kavanagh: “The Government has spoken about protecting businesses from the impact of Covid and Brexit and we’re right in the middle of both of those.”

Ahead of Tuesday’s budget, Irish racing’s top official has pointed to the sector as being “in the firing line” of both coronavirus and Brexit.

The Government faces a massive task in paying for the economic and social consequences of Covid-19 and is putting the finishing touches to the biggest budget package in the history of the State.

An extra €16 billion has been spent this year due to pandemic-related measures and public finances are under serious pressure ahead of the release of Budget 2021.

Irish racing received €67.2 million of State funding for 2020 – unchanged on 2019 due to uncertainty over the Brexit process.

Horse Racing Ireland’s chief executive Brian Kavanagh said on Sunday he wouldn’t speculate on whether funding to racing’s ruling body might be cut this week. However he underlined how he feels the sector is now under pressure from two fronts.

“We’ve made our submission and made the point that we’re impacted by both Brexit and Covid. We are particularly in the firing line in relation to Brexit and we need support,” he said.

“The Government has spoken about protecting businesses from the impact of Covid and Brexit and we’re right in the middle of both of those,” Kavanagh added.

HRI’s five-year strategic plan was released just days before the national lockdown in March and outlined an aim to increase Government funding to €98 million by 2024.

If circumstances have intervened to make that plan look ambitious then HRI’s boss pointed to a potential redevelopment of the Irish Equine Centre as an example of where increased capital spending could still take place next year.

“That fits in with the Government’s desire to increase their capital spend next year. But I wouldn’t speculate. We have made our submission through Department of Agriculture officials and it’s up to Government now,” he said.

“Our priorities are to continue to run racing safely, to stabilise the industry against Covid and to protect the industry, particularly the breeding industry, against the impact of Brexit,” he added.

The cost of the pandemic to Ireland’s 26 racecourses this year has been put at up to €12 million. Turnover at yearling sales in recent weeks has dropped by up to 40 per cent in some cases.

“We tick a lot of the boxes in terms of rural employment and an industry that has shown itself to be resilient. So when we get through to the other side of this, it’s one, with support, that will yield a dividend for the country,” Kavanagh said.

Separately, it has been confirmed that Jessica Harrington’s Group One-winning filly Alpine Star will race as a four year old in 2021.

Winner of the Coronation Stakes at Royal Ascot under Frankie Dettori, Alpine Star was subsequently runner-up in three starts in France, in the French Oaks, the Prix Jacques Le Marois, and earlier this month to Tarnawa in the Prix de l’Opera.

Alan Cooper, racing manager for owners, the Niarchos family, said: “She ran another blinder in the Opera. She’s a tough, honest and very high-class filly.

“We’ll put her away now and bring her back for a four-year-old campaign next season. She’s very consistent and hopefully there’ll be more Group One races for her.

“It will be interesting to see what Jessie decides regarding trip next year. She seems equally capable over a mile and a mile and a quarter at the moment, which is very exciting.”