Curragh on course to host Irish Derby again next year 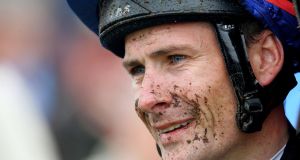 This Bank Holiday Monday sees the Curragh host its 13th fixture of a 2017 programme which despite controversy is set to be replicated in 2018.

Next year’s racing calendar won’t be signed off by the board of Horse Racing Ireland until next month but chief executive Brian Kavanagh has confirmed both the Derby and the second-leg of ‘Irish Champions Weekend’ will take place at the Curragh in 2018.

The decision to stage the Dubai Duty Free Irish Derby in front of a restricted attendance due to planning restrictions in place for the Curragh’s €70 million redevelopment attracted a lot of criticism.

Next month’s ‘Champions Weekend’ date is likely to see public debate renewed about whether or not the Curragh’s two big crowd-pulling dates of the year should have been switched to Leopardstown.

However, although the 2018 fixture list is yet to be finalised, Kavanagh has ruled out any changes for next year.

“The Curragh is focussing on trying to get the capacity up for both those meetings but the intention is to race through 2017 and 2018,” he said.

After last month’s Derby the HRI boss said he believed there was scope for expanding the 6,000 attendance limit while the Curragh is being rebuilt. He pointed out that planning conditions are for the temporary facilities in place at the moment.

The crowd limit is unlikely to be threatened for the Curragh’s Bank Holiday action but Pat Smullen will hope it proves to be ‘Lucky 13’ for him.

The champion jockey has six rides on a wide-open card featuring over a 100 starters and Smullen’s mount I Am Power in the six furlong juvenile conditions event could prove a decent bet. Smullen also looks to have a good chance on Kailee in the preceding maiden.

Aidan O’Brien runs three in the opening juvenile maiden including a brother to the Derby winner Pour Moi.

The trainer’s son Donnacha is on board Nelson in this race and this half brother to US Army Ranger caught the eye in a big way on his Leopardstown debut.

Nelson ultimately finished only sixth behind his stable companion Delano Roosevelt but met traffic more than once and wound up beaten just over four lengths. The benefit of that experience can only help him here.

At Your Service is bred to relish a drop back to six furlongs and considering he wandered about in the closing stages of his last start at Fairyhouse it’s no surprise he dons first-time cheekpieces.

Guardia Svizzera was all out to beat him at Fairyhouse over seven and a line through his rating gives At Your Service a big shout.

The combination of the Qatar Racing-owned Brutal and his new trainer Gordon Elliott is a standout in Cork’s opening juvenile hurdle.

The Pivotal horse got to a flat rating of 107 on the back of his fifth in last year’s Racing Post Trophy and will be widely expected to begin his new career in style.