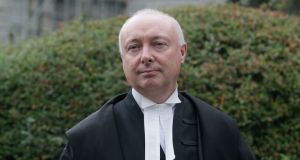 The Turf Club has ruled out any move towards voluntary stewards being replaced by professional panels.

Such a step is being considered by the British Horseracing Authority as part of their plans to introduce a new stewarding model.

However no similar steps are being considered in Ireland where amateur stewards are advised by stipendiary officials but ultimately have the final say in stewards enquiries.

“Absolutely not,” the Turf Club’s chief executive Denis Egan said on Friday when asked on the matter. He pointed to the diversity of expertise within the current system here.

“For instance one of our voluntary stewards is Frank Clarke who was recently appointed chief justice. We would never have access to such expertise under a different system. All stewards bring their own level of expertise,” he said.

Egan also pointed to the presence of High Court Judge Tony Hunt as chair of Thursday night’s Appeal Committee which reinstated Stars Over The Sea as the winner of last week’s controversial void race at Killarney after the Turf Club didn’t contest owner Roger Brookhouse’s appeal.

“Where else would you get someone like Tony Hunt to chair an appeal at 9.30 at night?” Egan asked.

Nevertheless the Turf Club’s decision not to contest the appeal is believed to be unprecedented and something of an embarrassment for racing’s regulatory body.

The Killarney race won by Stars Over The Sea was declared ‘void’ almost 20 minutes after the horses passed the post as the stewards decided the winner had secured an unfair advantage at the start. Some bookmakers had paid by the time the decision was made.

Stars Over The Sea was led into the start having been reluctant to line up. Crucially however the starter, Joe Banahan, didn’t recall the field and the Turf Club’s Rule 209 says the starter’s decision as to the fairness of a start is final.

Allowing the appeal, Judge Hunt commented in relation to the role of the starter under Rule 209 that “such finality is not appropriate as the starter frequently has to perform his duties under pressure, just as in this case.”

He added it was the Appeals Body’s opinion that the stewards should have the ultimate right to review such decisions “as they have more opportunity than the starter and can be assisted by review of video and audio evidence”.

Hunt noted the Turf Club is investigating the incident and recommended attention be paid to how much leeway should be given to horses that don’t line up or are difficult to load into stalls. Such behaviour, he said, is “clearly unfair to other horses and rider who are in compliance with starting rules and directions”.

He also said the stewards at Killarney were entitled to enquire into the start and noted the time available for such enquiries is limited. Decisions, he said, have to be made under pressure and “in the circumstances it was an understandable oversight the implications of Rule 209 may not have been considered”.