Dubliner enjoyed success in both jumps and flat racing including Irish 2,000 Guineas 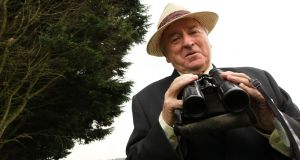 The Cheltenham Gold Cup and Classic winning trainer Mick O’Toole has died. He was 86.

O’Toole was one of the most successful and popular trainers in Ireland for decades and achieved notable success both on the flat and over jumps.

Davy Lad’s 1977 Gold Cup victory was the highlight of eight Cheltenham festival wins in total for O’Toole, who grew up in Dublin.

He started training racehorses in the Phoenix Park but moved to the Curragh in 1968 and it was from there he enjoyed his greatest successes.

Most of the high-profile wins came over jumps but O’Toole saddled Dickens Hill to win the Irish 2,000 Guineas in 1979.

That colt also won the Eclipse Stakes and was runner-up to Troy in both the Epsom Derby and the Irish Derby. Other significant flat victories included Faliraki in Royal Ascot’s Norfolk Stakes (1975.)

O’Toole passed away on Thursday afternoon.