Rowing: Busy time for Davis as she heads to Coupe de la Jeunesse

Six Ireland crews, five of them junior women, entered at Corgeno in Italy 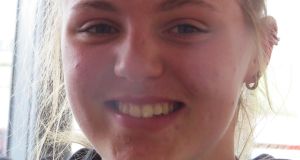 Holly Davis: the 14-year-old Cork girl, one of four Ireland crews to win at the Home Internationals, is a remarkable talent

Holly Davis, the 14-year-old Cork girl who won gold in the junior single sculls at the Home International Regatta last weekend – by almost 12 seconds – has been given the chance to represent Ireland again this weekend.

The Coupe de la Jeunesse, the 16-country European junior tournament, starts tonight (Friday) and runs to Sunday. Six Ireland crews, five of them junior women, are entered at Corgeno in Italy. Davis teams up with Chris Kirwan in the junior double, replacing the injured Grace Healy.

Davis, one of four Ireland crews to win at the Home Internationals, is a remarkable talent. The Lee Valley girl has four more years ahead as a junior. The prospect of her competing against – and maybe teaming up with – Molly Curry next season is exciting for Irish rowing.

Curry is 17 and has another year left as a junior. Next up for the Coleraine Grammar School girl is the biggest junior event – the World Championships in Tokyo begin on Wednesday. Curry joins Rhiannon O’Donoghue of Killorglin in the junior double. Ireland will also be represented by a junior men’s coxed four which has looked very good in trials.

The World Under-23 Championships was the platform for two crews to bring medals to Ireland – and gave a boost to hopes that the senior World Championships later this month in Austria could bring a breakthrough in terms of Ireland boats qualifying for the Olympic Games.

The women’s four which took silver in Florida have joined the Ireland training camp in Italy. Ireland high performance director, Antonio Maurogiovanni, said it was “a hope” that an Ireland women’s pair – the priority – and a four will go forward. The team selection for the worlds will be interesting.

However, hoping for five boats to be qualified this year does not seem a pipe dream.

Ireland are reigning world champions in the women’s single and the lightweight men’s double; both boats can hit the mark to qualify for Tokyo 2020.

At the final World Cup last month, the men’s double (silver medal) and the women’s pair (sixth) put themselves in the frame to finish in the top 11 at the worlds, which would qualify those boats.

There are also 11 places available in Linz for both a women’s four and a women’s lightweight double.

The Carrick on Shannon sprint regatta on Sunday is the biggest ever, with an upswing in the number of girls competing. The Tony Keane memorial trophy will be presented for the first time.