Prominent figures join in letter of protest to Cycling Ireland 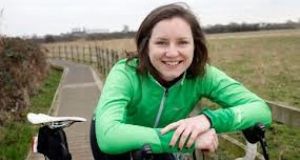 Lydia Boylan: one of three signatories to the letter of protest addressed to Cycling Ireland about the halting of the women’s national road race.

Days after the controversial halting of the Women’s National Road Race Championships in Wexford in order to let the men’s event pass, three prominent figures within Irish cycling have written a letter of protest to Cycling Ireland.

The women’s event began an hour before the men’s race, but was held on the same 19.2 kilometre circuit. While there was a large time gap between the groups when the second event got underway, the higher average speed of the men’s bunch saw it draw closer and closer.

Due in part to the narrow roads on the course, the race judges finally decided to stop the women’s bunch, even though they were on their last lap.

In the open letter, Considine, Hendron and the eventual race winner Boylan pointed out that the stoppage happened inside the final ten kilometres of the women’s event. The implication is that the race was disrupted when it was entering the most important phase.

“It should be noted that this is at least the third time that this has happened at the National Road Race Championships in the last ten years,” they stated in the communication.

“We look forward to, and fully expect, a time when Irish women’s bike racing is treated equally. Field size and average race speed are irrelevant. Whether one race catches another or not is of little consequence. Women’s cycle sport deserves a stand-alone road race on the national championships weekend as was the norm throughout Europe last Sunday.

“The idea that the women’s race should run at the same time as the men’s race is part of the thinking that has stymied the sport for countless years.”

Women’s cycling in Ireland has made considerable progress in recent years thanks to the efforts of people such as Considine and Hendron, while Boylan has represented the country at home and abroad with distinction.

They said that what occurred at the championships is symptomatic of a broader problem within the sport.

“These [issues] can be resolved on a case-by-case basis but until there is a fundamental alteration in thinking regarding the status of women’s bike racing, issues of this nature will continue to occur.”

They ended the statement by saying that the women’s national championship, “is the culmination of the hard work and dedication of the athletes involved,” and said that they deserve a separate event.

“Direction on this needs to come from the top of our administration and we look forward to hearing a response from our governing body on this matter.”

In other news, two Irish riders will line up in this year’s Tour de France when it gets underway on Saturday. Dan Martin is the general classification leader of the Belgian Quick Step Floors team, while Nicolas Roche is a key helper to the BMC Racing Team’s leader Richie Porte.

New national road race and time trial champion Ryan Mullen was in consideration for his first Tour, but his Cannondale-Drapac team ultimately decided to give him more time before making his debut.