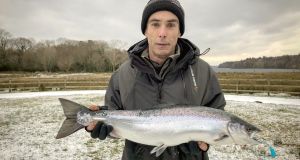 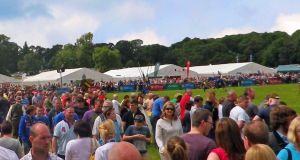 Two projects to address recovery of brown trout and salmon populations, and the results of a fish stock survey in the Owenriff catchment, have been published by Inland Fisheries Ireland.

The catchment is located on the north-western end of Lough Corrib and the main Owenriff River drains into Upper Corrib, downstream of Oughterard, Co Galway.

Critically, the survey deduces that the introduction of pike into the catchment has been the significant factor in declining fish stocks.

It states: “As there are little or no major anthropogenic pressures to cause decline in fish stocks, it is reasonable to infer that the introduction of pike and their subsequent range expansion in the Owenriff catchment is the main factor causing the decline of brown trout and salmon.”

Research from Europe and North America supports this finding.

Although pike were captured for the first time by fisheries staff in 2009 within the catchment of Loughs Bofin and Agraffard and efforts were made to remove the pike from the system, they did not show up in two surveys in 1997 and 2007 and were only officially recorded in a survey in 2015.

Minister Sean Kyne said: “We have acted swiftly since the interim results of this survey became known. The consequences of not taking wider remedial action on the basis of these results would lead to further decline in ecological biodiversity in the catchment, so I very much welcome the publication of the Owenriff Fish Population Rehabilitation Plan 2018.”

“The purpose of the plan is to develop a fisheries rehabilitation project that can be undertaken on the catchment to promote the recovery of brown trout and salmon populations in both lakes and rivers. It will take time and will be costly, but we are already under way with this very constructive and positive roadmap,” the Minister said.

The two documents are available at fisheriesireland.ie

The Irish country sports community learned earlier this year that after 10 successful years at Birr, Co Offaly, hosted by Lord and Lady Rosse, the organisers of the Irish Game & Country Fair would be seeking a new, larger, site without many of the restrictions and access problems of the Birr site.

But now it can be revealed that a game fair will definitely be returning to the midlands on August 24th-25th, 2019 – full details to be revealed very soon.

Game Fair organiser Albert Titterington said: “Ideally we wanted to be able to move site this year, but this was simply logistically impossible. I am delighted to say that we are making good progress with our plans for a very exciting 2019 event at our new location.”

However, this year’s 40th Anniversary of the Game Fair at Shanes Castle on June 23rd-24th, 2018, promises to be the largest ever staged. For one year only both the RoI and NI fairs will amalgamate to create a spectacular two-day event.

Anglers will be well catered for with a put and take fishery for children, fly tying and casting instruction, and a special trophy to be won in the casting competitions.

The Drowes Fishery was quiet over the week with only a few rods fishing as cold conditions set in and storm Emma hit the whole country. Although the fishery experienced little snow, few people travelled and only the hardy fished. On Saturday, Chris McGovern caught the fourth salmon so far, a 3.4kg (7.5lb) fish on worm from the Mill Pool.

Officers from Natural Resources Wales (NRW) continue to deal with a slurry pollution occurrence in Nant Brân, near Lampeter, Ceredigion, in Mid-Wales. Thankfully, officers on site were able to work with the farmer to stop the pollution at source.

The extent of the incident continues to be investigated especially as to what impact it might have had on fish mortalities.

Dave Powell, for NRW said: “We’d like to thank those who reported this incident to enable us to respond quickly and prevent this from being a more serious incident.”

Farlows Travel will be exhibiting at the London Fly Fishing Fair in the Business Design Centre, 52 Upper Street, Islington, London on Friday and Saturday (March 23rd/24th). Visit their stand 57/58 to meet Roddy and the team and explore the incredible destinations on offer for the travelling fly fisher.