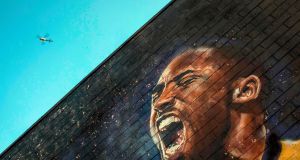 Kobe Bryant, who has died aged 41 in a helicopter crash, was a basketball phenomenon - a transcendent, if enigmatic, superstar whose rare talent bridged the gap between Michael Jordan and LeBron James in America’s National Basketball Association (NBA) and in the global sport basketball has become. Bryant had retired only three years before his death, after a 20-year career in the NBA, all of it with the league’s most glamorous team, the Los Angeles Lakers, with whom he signed his first contract when he was only 17.

Five NBA championships and one Most Valuable Player (MVP) award later, he retired with the third-highest total of points in league history, 33,643, the youngest player to cross that 30,000 barrier; his total was overtaken by James on the day before Bryant died.

Bryant grew up on basketball. His father, Joe “Jellybean” Bryant, played at La Salle University in Philadelphia, and then for the first half of an eight-year NBA career for the Philadelphia 76ers. His mother, Pamela, was the sister of Chubby Cox, another local star who played collegiately at Villanova University in Philadelphia. After the NBA Joe played another eight years in Europe, seven of them in Italy, and though Kobe was born in Philadelphia, he spent much of his childhood in Italy, adopting Milan as his favourite football team. His name came from the Japanese steak his parents saw on a menu; his middle name, Bean, came from his father.

Kobe returned home to play basketball at Lower Merion high school in suburban Philadelphia. By his third year he was the target of college recruiters and was scrimmaging - taking part in practice games - against the 76ers’ players. Although he could have had his pick of universities, after a senior year when he led Lower Merion to a state championship, averaging 31 points per game, he decided to forgo college and enter the NBA draft.

It was a gamble; Kevin Garnett had made the move successfully the year before, but he was the first high-schooler drafted in 20 years, and was a big man, as the others had been. At 6ft 6in Bryant was very much a shooting guard, though tall for that position. Whether he was physically mature enough to take the demands of an 82-game season against grown men was a more pressing consideration than whether he was emotionally mature enough to handle it.

In the end, the North Carolina side Charlotte Hornets took him as part of a pre-arranged deal by which they traded him to the Lakers for the centre Vlade Divac. As he was not yet 18, Bryant’s parents signed his contract.

He joined the Lakers at a time when they had also acquired the league’s top star, the 7ft 1in centre Shaquille O’Neal. Bryant did not move into the starting lineup until his third season, but for the 1999-2000 campaign the Lakers general manager, Jerry West, hired Phil Jackson, who had coached Jordan’s Chicago Bulls to massive success, and he assembled a team of canny veteran players based around Bryant and O’Neal, who shared the scoring limelight. The result was three consecutive titles - in 2000, 2001 and 2002 - and superstar status for both Bryant and O’Neal. The two had disparate personalities: “when you ask Shaq to do something he says no, sulks, and does it,” said Jackson. “Kobe says OK, then does what he wants.”

In 2001, aged 22, Bryant married 18-year-old Vanessa Laine, whom he had met when she was dancing in a music video. Two years later he was accused of sexual assault by a woman who worked at the resort where he stayed before having post-season knee surgery. In the end his accuser declined to press charges and Bryant settled a civil lawsuit out of court.

After a 2004 season that saw the Lakers add two more stars, Karl Malone and Gary Payton, but fall in the finals to Detroit Pistons, Jackson was let go and O’Neal traded away. The Lakers were now firmly Kobe’s team, but after one disastrous year in which coach Rudy Tomjanovich quit in mid-season, Jackson returned. The Lakers improved slowly, though in 2006 Kobe scored 81 points in a game against Toronto Raptors, the most anyone had scored since Wilt Chamberlain’s 100 in 1962. They lost to arch rivals Boston Celtics in the 2008 final, after a season in which Kobe won the league’s MVP trophy. The next two years saw Kobe’s fourth and fifth NBA titles; in 2010 the Lakers defeated Boston in the final game of a seven game series.

Outside the US, Bryant’s profile was further lifted by his performance in the 2008 Beijing Olympics; he was at his peak and turned in a spectacular showing against the hosts, China, plus a brilliant fourth-quarter burst that led the USA to the gold medal over Spain in the final, cementing his status as an international star. By the time of the London games in 2012, however, it was James who sparked another American gold medal win in the final minutes, also against Spain.

The contrast between Bryant and James was telling: James went on to auction his services between teams, famously going to Miami after organising his own “dream team” there, while Bryant stayed put in Los Angeles to build his Laker legacy, though after 2010 he would win no more titles. He was remarkably durable, playing through injuries until a ruptured achilles sidelined him in 2013.

The knock-on effects of that condition slowed him down for his final three seasons and eventually he announced, with a poem called Dear Basketball, that the 2015-16 season would be his last. That swansong was his 20th with the Lakers, breaking John Stockton’s record of 19 years with one team (Utah Jazz). Bryant was voted on to the All-NBA Team of the best players for each season no fewer than 11 times, and played in 18 All-Star games.

After his playing days he looked after his substantial business interests and led many charitable activities, including a fund for young people in China.

He wrote and narrated an adaptation of Dear Basketball for a short animated film which won an Academy Award in 2018. And he returned frequently to Lakers’ games, recently with his 13-year-old daughter Gianna, a promising young player herself. He was flying with Gianna and others to a youth game, to be played at his own sports centre, when the helicopter in which they were flying crashed in the hills near Calabasas in California, killing everyone on board. Former president Barack Obama expressed a nation’s shock, noting that Bryant “was a legend on the court and just getting started in what would have been just as meaningful a second act”.

He is survived by Vanessa, by their daughters Natalia, Bianka and Capri and by his parents. - Guardian