Only Championship events will be included in shortened two-day regatta 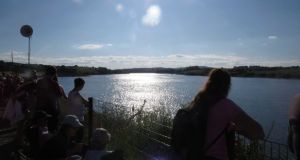 New dates, September 12th and 13th , have been fixed for the Irish Rowing Championships. The Saturday and Sunday event, which replaces the mid-July fixture, would feature only Championship events.

In recent years the Championship regatta has lasted three days and over half of the entry has been in non-Championship events.

The new plan, devised by Rowing Ireland’s Covid-19 working group, is dependent on the restrictions on movement being lifted, and shall also have to go to an agm of Rowing Ireland.

If all goes well, a set of regattas will be organised in the run-up to the new Championships. The Irish season has been suspended, and the working group felt it was proper to give clubs and rowers some hope of having a climax to the season.

The clash with the school and university year is a concern. Another challenge will be to ensure that all rowers have enough on-the-water training done before they take part in any competition. The medical dangers of going back to intense competition too early have been highlighted by experts.

The international season is in real danger suspension this year. The latest event to fall is the Coupe de la Jeunesse, a European junior tournament which was set for early August in Linz-Ottensheim in Austria. Ireland has a good record at the Coupe.

It is believed some countries are already informing others they will not compete this year.